So here we go with the first in CAMRGB’s series of mini interviews with Brewers that we love.

First up it’s the astonishingly great Brouwerij de Molen of The Netherlands. 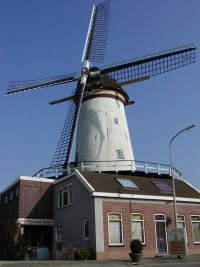 Please introduce yourselves.
We are Brouwerij de Molen. Owned by Menno Olivier and John Brus (that’s me).

When did the brewery begin?
The brewery was founded in 2004 by Menno Olivier, moved to a historic mill from 1697 in 2004 and since early this year we have a second location. Just 100 meters from the old mill we have a larger and more modern brewhouse and warehouse. The old brewhouse is still in production.

Have you always been brewers or did you do different jobs before this?
We have always been into beer. From the age of 15 or 16 year old both have been trying different beers and later on we started home brewing. Menno was way more productive in homebrewing. And more successful as well. Next to his regular day job he started brewing at real breweries in both Holland and Belgium. After 12 years of experience he decided to start on his own. John never brewed professionally but joined Menno in early 2010.

You have a restaurant too – Did this exist before the brewery?
The restaurant was founded shorly after the brewery. So no, it wasn’t there yet.

Do your beers fit into a tradition of Dutch beer or are the flavours you are creating something brand new?
The beers we make couldn’t be less traditionally Dutch. We brew many styles but none of them could be called Dutch. Even our Bockbeer isn’t a traditional Dutch Bock (which is different from German Bock). We make beers from English and German origin but more aggressive, more complex in flavour and aroma. Our beers are more like the Danish new micro scene or even American. Although most of the American craft brewer are going really extreme or not at all. We tend to be in between. 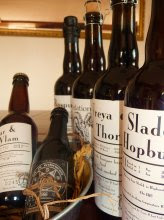 I love the idea of small runs of beer in numbered bottles, but what made you decide to do this?
We thought it was cool 🙂

What are your plans for the future?
We have so many plans for the future. But none of them is concrete enough to reveal it right now. Right now we have more than our hands full with the new brewhouse and bottling line. It’s running but we still need to tweak it and learn to use it perfectly. But we are so happy with the beers flowing from the new tanks since June this year. Same quality or even better but more consistent in carbonation, yeast in the bottles, et cetera.

I cannot urge you enough to track down some of the beers these chaps are making.
Take a closer look here.

This entry was posted in Interview and tagged Brewery Interview, Brouwerij de Molen, The Netherlands. Bookmark the permalink.