The Hogs Back Brewery Shop

In an attempt to discover a viable alternative to buying beer from supermarkets we paid a visit to the Hogs Back Brewery shop in Tongham, part way between Farnham and Guildford in Surrey. And it didn’t disappoint. They have an 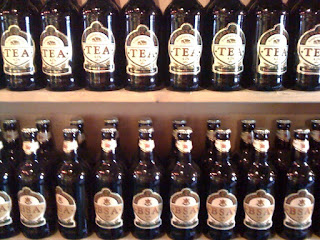 impressive range of own brews, and whatever brews they currently have on the go can be sampled – by dint of the chap disappearing off into an anteroom to fill a small cup. I tasted TEA (Traditional English Ale) and BSA (Burma Star Ale), and there are many other fine brews, some of which aren’t even TLAs. Needless to say we bought a gift pack of mixed ales for future tasting.

What was equally impressive was the range of other local, national and international ales on offer. This is where the Hogs Back shop will undoubtedly come into its own as a future beer shopping experience – I was particularly pleased to see both Arran and Fyne ales in stock from our Scottish expedition,along with a grand selection of 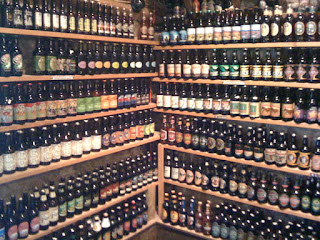 European and American beers including Brooklyn Lager, a particular fave from previous visits to the Big Apple.

Some other nice touches included the viewing gallery where you can see part of the brewing process in action (they do brewery tours too, which is surely a pencil-in for a free Saturday afternoon), and a “tasting notes” sheet expounding on what sorts of beers are recommended to go with various meals. I’m much in favour of promoting beers as an accompaniment to meals in the same way that wines are matched – there must be an untapped market for beer somelliers!
All in all a good find, and generous 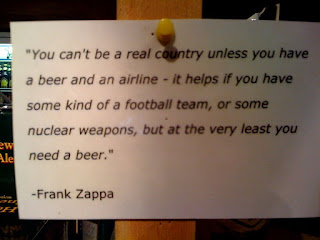 opening hours too. As a bonus we also popped in to the Shepherd and Flock, located in the middle of a huge roundabout on the edge of Farnham, and opposite the self-proclaimed “best shed display in Britain”. They had Hogs Back Summer Ale on tap, so it couldn’t be passed up – and it was surprisingly potent for an ostensibly light ale. To use my new favourite interjection, Giddles.

Founder of CAMRGB. Member of The British Guild Of Beer Writers. Leftist bigmouth. Old and grumpy.
View all posts by Simon Williams →
This entry was posted in Beer Shop, Brewery and tagged bottled beer, Brewery, Hogs Back, Shepherd and Flock, Shop. Bookmark the permalink.

One Response to The Hogs Back Brewery Shop