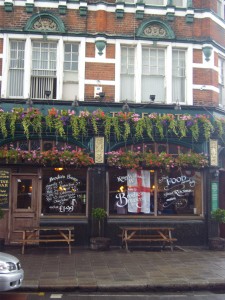 The Brodies Brewery opened in East London just as I was moving out but that hasn’t stopped me making the hour long journey down from Bedfordshire on a regular basis.

Jamie and Lizzie Brodie took over the King William IV Hotel and Bar on Leyton High Road, which also included the defunct Sweet William Brewery at the back, brewing their first beer Brodies IPA in August 2008.

Three years on they have brewed over forty different brews and at the beginning of September they held a three day birthday bash showcasing most of them.

The pub itself is a bit bizarre at times. It has an oldie worldly charm and at 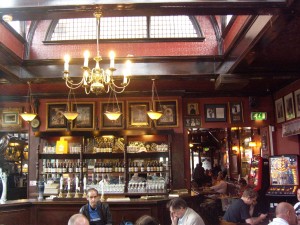 sometimes the clientèle makes the pub look like the last bastion of the white working class in the area.

Then at other times the pub is packed to the rafters reflecting the diverse local community sitting alongside workers from the nearby colleges! The brewery recognise this and many of their beers are named after local areas or beers reflecting the latest immigrants to Leyton such as the Polish style brew whose name escapes me.

Anyway back to the beer festival and they had 41 beers on offer over the three days including, gasp, keg conditioned beers served in the beer garden. These include the excellent Whitechapel Weizen (4.1%) 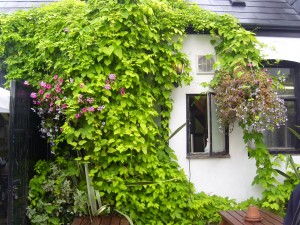 Mention also has to be given to the Elizabethan (22%) which tasted like an alcoholic “ahhh bisto”. Luckily I had eaten courtesy of the provided hog roast or that would have been poured over a roast chicken dinner as gravy!!!

Away from the festival the pub normally has 16 beers available plus a couple of guest beers. All the Brodies beers cost just £1.99 and at that price you may find all the beers seem to blend into one such is the vast range. However if you fancy trying all 16 you can always book one of the available bedrooms (£40) upstairs should your legs fail you!