It’s my second visit to the North Hertfordshire Buntingford Brewery which is now in Royston rather than the nearby village it takes it’s name from and from where it was founded ten years ago.The brewery provides beer in a thirty mile radius which is lucky for me as I am only ten miles away. And for such a small brewery they certainly brew a lot of beer! 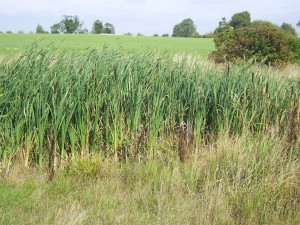 Maybe it’s the fresh water from the nearby borehole that gives their beers an advantage on the taste front. Any waste water is returned via a pond where nature does it’s thing. Even more tasteful are the rare grasses and reeds which have been planted around said pond attracting rare birds and insects which also encourages the filtering process. It’s hard work having a pint in these surroundings watching a buzzard in the sky stalking it’s lunch I can tell you! 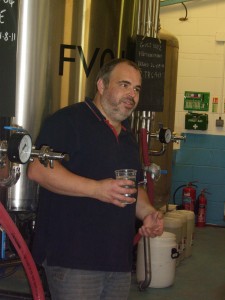 for the trip itself which comprised of regulars from two pubs in my part of the world (I will write about them soon – promise!) we were greeted with three barrels comprising the popular Hurricane Force (4.2%), the current seasonal beer September (4.2%) and my favourite at the moment Citra (4%) which, as it was such an glorious Indian summer of a day, I stuck with throughout!

Brewer Steve gave us an enjoyable talk through the brewing process, the brewery operations and one of the things which was noticeable was the new equipment replacing the vats which were here the last time round which has seen capacity increased. 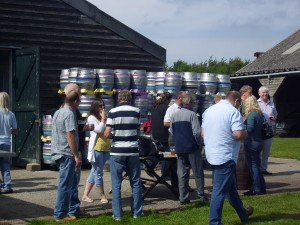 I asked Steve about his plans for the next beer in their Single Hop series which I have been enjoying since last year. The premise is simple. Brew the same beer changing just the hop which results in some hoppy beers such as Sladek, Spalt Select, Citra, Nelson Sauvin etc. Steve tells us that the next hop they will be brewing with is the same one that Kronenberg brew their lagers with and as they had a rare chance to get some of the hops they thought they would go with it!

After the talk we carried on draining the barrels provided and tucked into a barbecue provided by Steve’s partner in crime Catherine enjoying both in the sunshine which resulted in some red heads for those without any protection, natural or otherwise!

Thanks to Steve and Catherine for putting up with us again and to John and Kevin for organising the trip.

This entry was posted in Brewery and tagged Buntingford Brewery Co. Bookmark the permalink.