#7POINT5: An Evening Of Beer 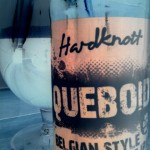 Last night was #7POINT5 night.
The plan was for everyone who wanted to be involved to drink a beer of 7.5% or higher at 7:30pm GMT.
To be honest, after coming up with the hair-brained scheme on a whim last week I wasn’t sure what to expect.
Would anyone bother?
Does anyone really care?
But by yesterday afternoon I was starting to feel a certain excitement.
I had a feeling that something good was going to happen, though I had no idea what that something might be. 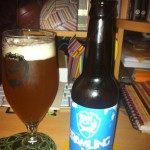 At 7:25pm I got my beer, bottle opener and glass ready and at exactly half past I poured myself a glass of Duvel (8.2%) and tweeted a “Cheers!”

The response was almost instant.
People all over the place were returning the salutation and posting photos of their drinks.
And there were a lot of people.
Not thousands but lots.
More than I expected if I’m honest.
I was blown away. 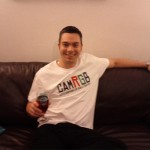 One lovely chap had even had a CAMRGB T-Shirt made. My wife instantly decided that he must be a very lovely man.
I started to feel a bit emotional.
I’d posted a small idea a week before and loads of people liked it and had taken part.
OK, I know we were meant to be “protesting” against the tax hike on beers and perhaps our little event did very little other than get a few more signatures (it was about 50 over the evening, I counted).

But we did do something. 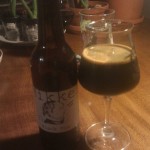 Something really, well, nice.
Something good.
A huge group of people got together and opened a beer and shared it and talked about it and had a laugh and got something good from it.
They got friendship and a harmless bit of fun.
And you know what?

Sometimes there’s nothing better in this world than a harmless bit of fun.
I’d like to thank everyone who took part and retweeted the petition and said “Cheers” and compared beers.
We should do it again sometime.

3 Responses to #7POINT5: An Evening Of Beer