A Taste Of Freedom – Lager Can Be Crafted 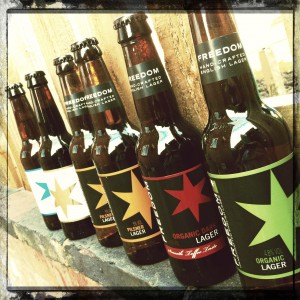 As you all now know very well, good beer isn’t just about what we’re told is “real”, it’s not about having to know the production methods inside out.
It’s about pouring a drink into a glass and from the first mouthful knowing you’re drinking something splendid.
Something that makes you happy.

Now, I love my IPAs and I love my stouts and porters, but I also have no problem with pouring a delicious lager on a warm summer afternoon.
Until recently I was relying on German beers to get my lager fix as I knew nothing of lager made in the UK other than the brewed-in-no-time-tasteless-yellow-get-drunk-quick-mixtures you find in almost every pub up and down the land.

Then I discovered The Freedom Brewery. 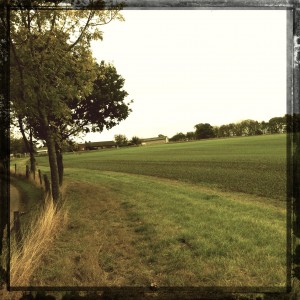 Initially based in London, Freedom relocated to the beautiful Staffordshire countryside and have become a fully organic tour de force in crafted English beer.
And that’s lagered beer.

After making first contact with the brewery I was delighted to be invited to take a look around and have a chat with Edward, the brewery’s Director.
As it happened Ed is a very nice man indeed, warm and friendly and ready to chat about all things beer.
I’d emailed a few questions to him prior to my visit in order to get more of an idea of what Freedom is all about, says Ed,

“Freedom Brewery specialises in producing hand-crafted English lagers in order to offer an alternative to mass produced mainstream lagers (that in our opinion lack flavour, character and depth). There are approx. 800 brewing members of SIBA, the majority of whom produce ales as their main product lines. These breweries are doing a great job looking after that category of beer and so Freedom Brewery looks at the other end of the bar (so to speak).”

The new brewery stands in stunning countryside miles from anywhere and anyone.
A tiny winding lane took me what felt like miles from tarmac.
The company try to be as organic and environmentally friendly as possible, waste products are sprayed onto the surrounding fields as fertilizer and the water for the beers is drawn from the brewery’s own borehole – Yes, they have their own source of pure clean water. 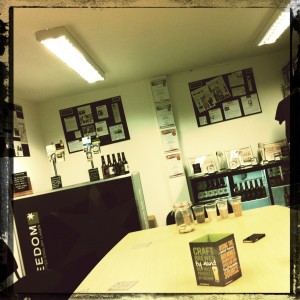 I was  handed a cup of tea and we sat down in the conference room (complete with bar) to talk.
Conversation moved from beer to SIBA to CAMRA and on to CAMRGB before returning to beer.
Glorious, delicious beer.
We agreed that more and more people are realising how brilliant a well made pint of beer can be.
I was told how frustrating it was as a lager producer in the UK to hear from lager drinkers during a tasting day that the beers had, “too much flavour.”
Sadly, I think that speaks volumes about the kind of people drinking high street lager and how little has changed in terms of Friday night drinking on the streets of the UK.
We agreed that, although finding new brewers in the supermarkets should help spread the word of our flourishing brewing culture, it was also a dicey game for brewers to play. Severely undercutting independent retailers in order to make your drinks available might make sense in the short term but what does it ultimately mean for the business in the long term? 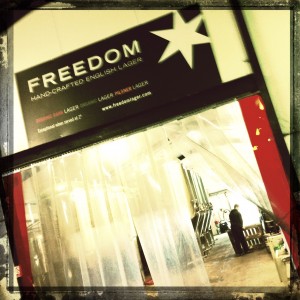 Tea finished, I was taken to have a look around the very impressive brewery.
The head brewer was busy but stopped to say hello, and I was guided quickly through the process of making lagered beer.
The brewing and fermenting is much the same as with any other kind of beer, it’s the storage for maturation (or lagering) that makes all the difference.
The beer is stored at minus two degrees for  a minimum of four weeks (six weeks for the pilsener) before being either kegged or bottled.
The brewery do everything on site including the bottling.

As Ed put it, “it was expensive to buy the bottling equipment but at least it means we are in complete control of our products.”

It was a very friendly and very informative couple of hours I spent in the company of Freedom Brewery and I hope to visit again.
But what about the beers?
That’s the important bit, right? 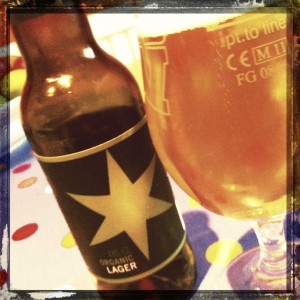 Organic Lager (4.8%)
There’s a toffee apple aroma coupled with lots of rich runny honey in the delightfully sweet malt.
This is balanced with fresh green apples and grapes that give a crisp, dry finish.

This is how lager should taste. 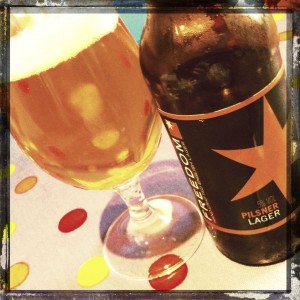 Pilsener (5%)
Soft fruity malts, the snappy spice of peppercorns, hints of orange rind and a long, dry finish.
This is the taste of warm summer days. 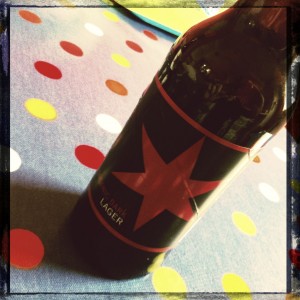 Dark Lager (4.7%)
This is my personal favourite.
Rich, deep red in colour.
The malting is simply super – Thick, luscious caramels and a hint of red berries.
Then to top it off, dry as you like leafy, hedgerow hops. 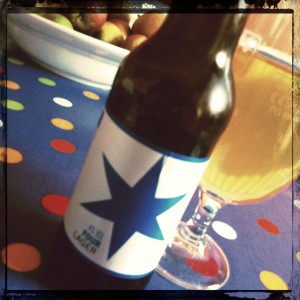 Freedom Four (4%)
When asked by several pubs if they could provide a four percent lager, this was the brewery’s answer.
Soft and round fruits, a hint of biscuit and a tender hop to end.
This is a brilliantly light lunchtime beer. 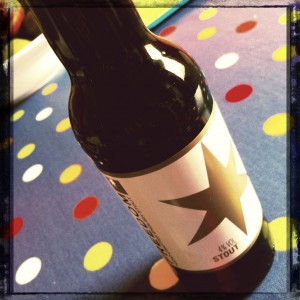 Stout (4%)
Considering the reasonably low ABV this is thick and woody, with black treacle malts, warm fudge and crisp, crunchy autumnal leaves.
There’s just a hint of bitter chocolate to add that background bite, and a decent whisky warmth.

Hunt down some Freedom.
This is exactly the kind of brewer we should be celebrating.

Thanks to Ed and Susan for giving me their time.

4 Responses to A Taste Of Freedom – Lager Can Be Crafted