As you know, here at The Campaign For Really Good Beer we’ve been running our own Beer Of The Year Competition. We’d like to thank everybody who has sent in nominations. It’s been a really interesting and enlightening view into what our members and friends have been enjoying over the course of this year. Below you’ll find details of the most voted for breweries and the like, but first we’d like to announce the outright winner of the competition.

I can’t tell you how pleased I am with the beer that’s been chosen, especially considering our little petition (which is still ongoing. Please sign it if you’ve not already).

The Winner of the inaugural CAMRGB Beer Of The Year for 2011 is. …Trumpet Fanfare… 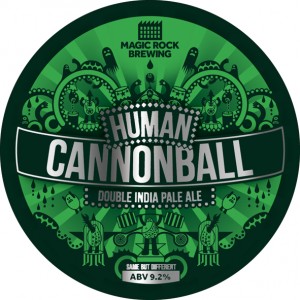 Magic Rock Brewing’s Human Cannonball (9.2%) There is a small plaque being made as we speak and we are hoping to present this to the fine chaps at the brewery in the next few weeks. In the meantime, thanks again to everyone for voting and three cheers for Really Good Beer!