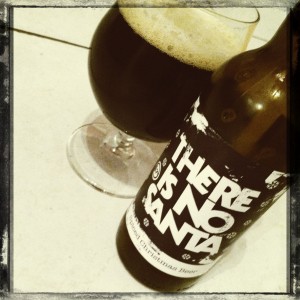 Spiced Christmas beer anyone?
This beer has all the spice – nutmeg, star anise, cinnamon & cloves – swimming around in a really good, malty bitter beer.
Considering this is Brew Dog, the backbone of this beer is almost, dare I use the word, traditional.
It’s all biscuits and caramel.
But then your mouth gets filled with the taste of Christmas – The cinnamon is the most powerful, with the anise and nutmeg riding on its coat-tails.
The addition of stem ginger adds a subtle bite that’s really rather pleasing.
And then just when you need it and right at the end, you get Brewdog’s fantastically balanced hopping that leaves your palate cleansed and dry and ready for more.
’tis the season to drink jolly good beer.
Terrific.