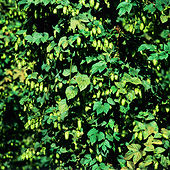 Strisselspalt is the latest brew in the Buntingford Brewery’s Single Hop Series. It’s named after a French hop grown mainly in the Alsace region and I guess the German name comes from that regions entwined history with both countries.

It’s a hop that is generally used in lagers most notably Kronenburg but don’t let that put you off. It’s not a cask lager but comes pretty close and has a floral taste that is refreshing even as the dark nights are drawing in. Shame it wasn’t out a couple of weeks ago when we still had glorious weather!

I got a local who normally sups Fosters to try a pint but he wasn’t convinvced being unsure of the taste. Maybe it wasn’t bland or gassy enough (ho ho) but I have had him on cask drawn lagers before without complaint.

I am chalking it up as another fine beer with a fruity or floral taste that has seen my palate move from dark to lighter beers this year.

The next beer in the series, which sees all the beers brewed to the same recipie with just the hop changing, will be one brewed using the summit hop. This is used in barley wines and stouts – maybe the dark side will be calling me back!

One Response to Buntingford Strisselspalt