Some Beers From Northcote Brewery

One of the first breweries to join us here at CAMRGB were Northcote.
They’re a young brewery based in Norwich and making a name for themselves locally.
I got hold of a handful of their beers and, after letting them settle for a few days after their journey through the post, began trying them. 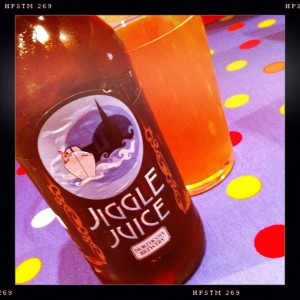 First up was Jiggle Juice (5.8%)
This poured really badly and didn’t fill me with any confidence at all.
There was no head at all but crucially just enough sparkle in the mouth.
Fortunately the beer tastes great.
Intensely heavy on the hops, just as I like it.
There’s a very subtle malt of caramel & biscuit, but this is all hops.
Monster hops.
Lemon, lime, mandarin oranges.
Bitter and dry and long as hell.
Lovely.

The next beer I tried was a darker ale called Bishy Barnaby but unfortunately it was off (maybe badly capped?) and tasted of vinegar.
I hate pouring beer away. 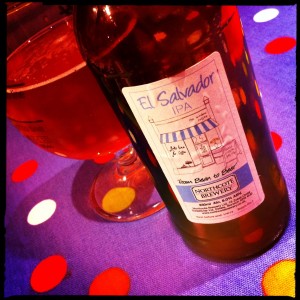 Next up was El Salvador IPA (6%)
Made, I believe, for The Window Coffee Shop which is the smallest café in the UK.
Based in Norwich, it has one table and an award winning owner.
This is a coffee IPA which my wife tells me smells like Tia Maria (which is a song Nirvana should have written).
Coffee IPA is something I wasn’t sure of, but it works.
Caramel sweetness and a punch in the mouth by strong espresso coffee beans.
Not quite overpowering but nearly there.
The hops are long and dry.
A pretty good beer that, in my humble opinion, needs a little refining to make it really work well. 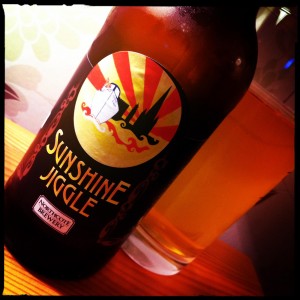 The final beer was Sunshine Jiggle (4.3%)
There is some lovely hopping at work here, all lemon juice sharpness and very dry.
Plenty of sugar coated grapefruit, lychees and brittle, orange zest to finish.
But this beer is crying out for more body.
The lack of  malt flavours makes this beer taste very thin and there’s just not enough fizz.
But who am I to judge?
I know people who would drink this like it was going out of fashion.

All in all Northcote are becoming a great little brewery who aren’t frightened to experiment (which is always a good thing).
With a few tweaks here and there, they’re going to become really good.
I can’t wait to see how they develop.