Here we are at the end of 2011, with CAMRGB only five months old.
What a five months it’s been.
We’ve gone from a quick blog about the other beer campaign to a few hundred card carrying members, a hashtag that continues to amaze me with the amount of people using it, a website that is already getting around 5,000 hits a month and a big, and ever growing, bunch of new friends. 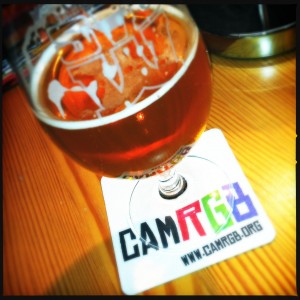 As I’ve said often, I didn’t really intend for this to happen, and I was incredibly surprised at the response I got by sticking the words Campaign and Beer together.
I continue to be surprised, and occasionally saddened by the response I, and now we (see below) receive.

This five months has raced by and yet so much has happened:
Invitations to visit breweries to look at how they work and to meet the people who run them.
Watching the rise of my friends who started a brewery of their own a little over a year ago, made my band an IPA back in March and now have their beer in pubs all over the country.
Brewers being interested enough to get involved in the CAMRGB Night, and showing what nice people they are by understanding when we had to cancel.

There’s been a very steep learning curve about beer – How it’s made, why it tastes the way it does, which parts make it do what – But I’ve been blessed with a whole gang of people who want to share their knowledge and their love of Really Good Beer.
There’ve been a few detractors too and I think, on the whole, they’ve been dealt with courteously and with honesty.
So far it’s not been a CAMRGB member or supporter that has ended an argument with swearing and abuse. 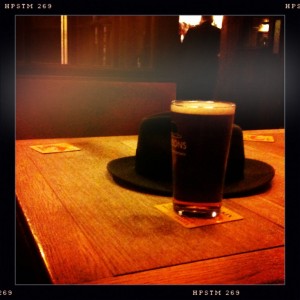 I really do hope that CAMRGB continues to grow.
So far it’s been about getting people together to talk and share beer – What better example than the 7.5% evening we all had a couple of months ago.
I still find it amazing how many people took part and perhaps it didn’t change anything politically but it certainly served to crystallise for me what CAMRGB could actually be about.
It’s about people.
It’s about beer too.
But it’s about people (and beer).
In 2012 I hope that we move into a position where this little movement becomes something that belongs to everybody.
We’ve already shown with the Beer Of The Year Award that choosing what makes a Really Good Beer can be done by consensus rather than elected board.
I have had one or two discussions with people around the UK who are interested in putting on events under the CAMRGB banner and I love the idea that people want to take this on themselves.
CAMRGB belongs to all of us – it’s about wanting to share that thing that you feel when you find something exciting.
Simple as that.

I wake up some mornings and wonder what the hell I was thinking starting this and letting it get out of hand (my wife is more than a little bored with my endless talk of beer and beer related news, but she’s thankful that I’ve stopped talking about Bogshed, bIG fLAME and all the other bands of my musical obsession for a while).
But every single time I wonder why I bothered, as if someone has read my mind, a tweet appears or an email from someone new wanting to join and explaining why, and I feel incredibly pleased. 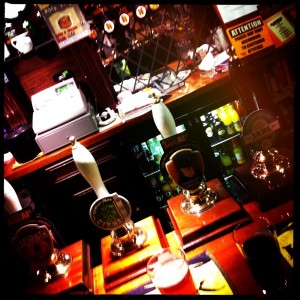 So here’s to a 2012 filled with Really Good Beer.
And really good people talking about it and enjoying it and enthusing others.
That’s what we need.
We need pubs who serve exceptional drinks, we need retailers who stock exceptional drinks, and we need to support the industry that we love so much – the artisanal brewer, who takes such time and care in creating a product that very often stops us in our tracks.
More so in fact than music has done in a very very long time.
Let’s celebrate the festive season and the new year and each other.
Because in the present climate, by and large, each other is all we have.

Thanks so very much.
Simon

A short roll call of the people who have helped get this thing to where it is through support, guidance and friendship:

Along with Muree at The Offie in Clarendon Park Road, Leicester and The Wrekin Tap at The Cock Hotel in Wellington, Shropshire.

There are many more.
All of you in fact.
But without the people above none of this would have, or could have happened.

Founder of CAMRGB. Member of The British Guild Of Beer Writers. Leftist bigmouth. Old and grumpy.
View all posts by Simon Williams →
This entry was posted in CAMRGB and tagged Beer, CAMRGB. Bookmark the permalink.