Posted on December 5, 2011 by Simon Williams 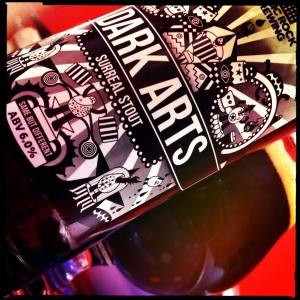 A brewery so young shouldn’t be able to make beers so mature.
This is simply superb.
The beer is fathoms deep in the glass and the first mouthful is a blast of crushed black pepper on dark chocolate.
But it doesn’t stop there as the layers of flavour include fresh espresso, hazelnuts, damsons in syrup, treacle and a touch of cardamom.
Then there’s the hops.
The hopping is like the most marvellous IPA, with touches of citrus zest and pith.
It’s dry and delicious and long.