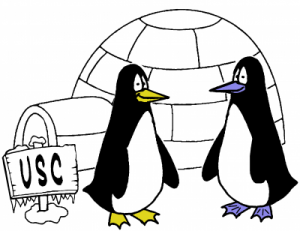 Despite it being less than an hour away by train from Biggleswade I certainly haven’t taken advantage of Cambridge as often as I should so when a friend suggested we visit the 16th Cambridge Winter Ale Festival I took them up on their offer without hesitation.

As a rule I normally give beer festivals on a Saturday a miss as it’s generally the last day but I was pretty surprised to see quite a number of beers still on. Picking up a half pint glass (all the pint ones had gone) I carried over my citrus beer frenzy from last year supping a half of Hopshackle Marillo (3.8%) for starters. Sadly it sounded better than it tasted so over the next few hours I mixed dark beers, hoppy beers and even cask lagers to find a beer that satisfied and the results were a mix bag indeed. Well that’s the joy of beer festivals isn’t it?

Highlights for me included Blue Monkey’s excellent fruity BG Sips (4.0%), Allendale’s Winter Dunkel (4.6%) which was good as any German beer I have had, Lymestone Stone Cold (4.7%) with its bitter toffee/biscuit overtones and the flavoursome Prospect Whatever (3.8%) which is brewed with four different hops. The biggest disappointment was Milestones Crusader (4.4%) which, again on paper sounded delicious, but failed miserably at its attempt to mimic a Belgian Blonde and I don’t mean Tin Tin…..

The venue, the University Social Club, was well laid out with the main bar and foreign beers upstairs whilst downstairs saw the main seating area with a smaller bar serving stronger beers and ciders. Food was also being churned out at a steady rate and was typical standard student fare. The venue is also right next to the river but everyone had their sensible hats on and we didn’t see anyone taking out the punts after sampling a few ales!

By 4pm the place was getting packed and the beers running low so we decided to leave to sample one or two pubs in the area (ah the trusty beer guide phone app!) and duly set off. First up was The Maypole which on the outside looked like a dolled up 1970’s council estate pub but the old adage “never trust a book by its cover” rang true as inside it was a real ale mecca catering for a varied student, worker, tourist and ale drinker crowd.

I had a pint of what, scribbled on my notes, translates as Single Hop Wai-Tai (4.2%) which was extremely more-ish and tasty but I must have written it down wrong as I cannot find neither hide nor hare of it anywhere!

After catching up with the days footy scores (Orient away win!) we decided to walk to The Cambridge Blue when another pub caught our eye. This was the extremely small but welcoming St. Radegund where we stayed longer than planned supping the likes of Milton Brewery Minotaur Mild (3.4%) in this incredibly  comfortable place.

We finally made our way to The Cambridge Blue which is the one pub I always try to visit when I actually make it to Cambridge. It’s a great pub and not too far from the station with a big ethos on all things beer related. The beer was in excellent condition and a pint each of Titanic Iceberg (4.1%) and Oakham Inferno (4%) was the perfect way to end the day.

I must head back to Cambridge on a more frequent basis.  Hmmm?  Anyone fancy the 39th Cambridge Beer Festival (21st/26th May 2012?