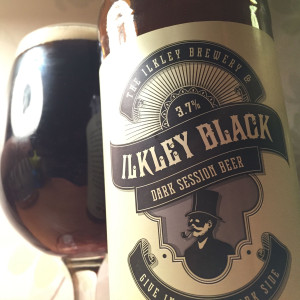 I generally have to be in the mood for a mild and more often than not it’s at lunchtime.
For me a pint of mild has all the things that work in the early afternoon – it’s thirst quenching without being strong, satisfying without being heavy and works really well with a bloody big sandwich.
Shropshire’s Hobsons Brewery do my favourite mild and it’ll take some beating for my affections, but this beer from Ilkley comes close.
Delightfully soft chocolate covered digestive biscuit malts and a whiff of forest berries, and then a reasonable lick of leafy dryness from the hops.
Personally I’d like just a tad more body, but that said this is a damned good mild.