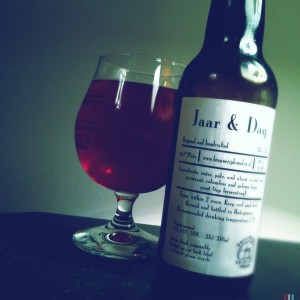 I’ve always said I don’t like wheat beers.
I just don’t understand the flavours.
I’m not even sure this is a wheat beer in the strictest sense of the term.
But then if we were interested in being strict with our terms for beer we’d be a different organisation altogether.
De Molen have brewed some serious magic here, and I really can’t put my finger on quite what this beer is, other than it’s delicious and wonderful and exciting and brilliant.
It pours the colour of a good hearty double IPA, deep and rich and sexy.
The aroma is big and juicy and full of bruised apples and a hint of figs.
Also included however are big washes of caramelised bananas, star anise, earthy spices and thick toffee, those flavours more readily associated with wheat beers that I’m not keen on.
In this context though, and ramped up and amplified by the higher ABV, these flavours act as something new and fresh, an extra dimension to an already excellent beer.
All these things build and then, suddenly and surprisingly, they burst and disappear to be replaced by tightly stretched, sharp, resinous, bitter, dry sensuous and very sexy (that word again) hops.
You’re given sweets and sours, citrus pith and juice and a finish that hangs around for ages.
It’s not a wheat beer but it is brilliant.