The Fordham Brewing Co. Are On Their Way

The Fordham Brewing Company are based in Delaware and have been making beer since 1995.
This year sees them begin to import into the UK with the launch of a UK specific website and three of their main beers becoming available over here.
Fordham have a very particular concept for their beers which is, ”

“[to be] brewing ‘drinkable’ beer – by that we mean a beer that you can sit back and relax with – a beer that is not frightened to be full of flavour with quality hops/malt etc., but unusually well balanced at the same time. Sometimes craft beers can offer so many different flavours all in one, whilst exciting they can be exhausting for the taste buds to evaluate.”

Let’s see for ourselves shall we… 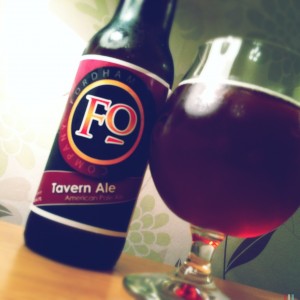 Tavern Ale (6.1%)
What a terrific little bottle of beer this is.
Sitting in my glass a deep inviting burned orange, the colour of a decent brandy, it has only the merest wisp of a head.
The aroma that hit me when I popped the cap was intensely woody pine rein, all red autumnal leaves, all very American.
Those notes carry through into the flavour with the resinous malt becoming beautifully oily and heavy with maple syrup.
Deep and dark, the thick caramels work around your mouth providing enormous body.
There’s a sweet hit of booze soaked plump raisins and sultanas too before the hops kick in.
The hopping isn’t fierce, but neither is it weak or weedy.
You’re given a damned good hit of spicy black pepper with sweet floral highs and subtle shady raspberry leaf bitterness.
There’s a also a good slap of lime rind citrus both up your nose and on your tongue.
All this combines to make a really terrific beer that easily holds its own against some of our favourites from the USA. 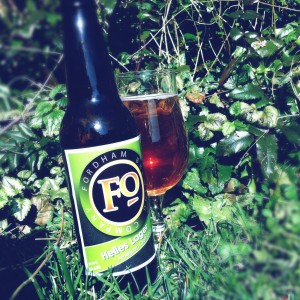 Helles Lager (5.4%)
Pouring a delightfully warm orange, the bouquet is spiced apples and dates immersed in runny honey.
So far so good, right?
Right.
The caramel and toffee malt is deep and hot and pricked with green peppercorns, fresh leafy herbs and a background hum of ginger biscuits.
There’s a brandysnap brittleness holding this all together which eventually gives way and you’re left with a very nice floral , slightly grape skin pithy dry finish.
I’m currently sitting in the back garden, it’s early March and the sun is out.
The children are running riot and this beer is making complete and utter sense.
Very nice indeed. 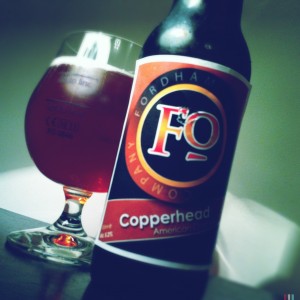 Copperhead (5.2%)
The chewiness of the caramel here is really big and the gas out of the bottle hisses with peanut brittle and maple syrup.
So, this is a copper coloured based, so the brewery says, on the Altbier of Dusseldorf, but in my eyes (or should that be on my tongue) this is all American in flavour.
It’s something to do with the big fat resinous tones that hide behind the ever so slightly salty Reece’s Pieces flavours of the malt.
The hopping is pretty smart, full of dry leafy goodness, it’s very very big on rounded redwood crunch which is fine, but personally I’d like a little citrus acidity to cut through all the toffee and clear my palate as I go.
They say this is their signature brew and yet it’s their weakest in terms of depth of flavour.
That’s not to say it isn’t a very drinkable bottle of beer, it’s just not as clever as the Tavern Ale.