This morning I have rather a bad head.
Actually that’s an understatement. 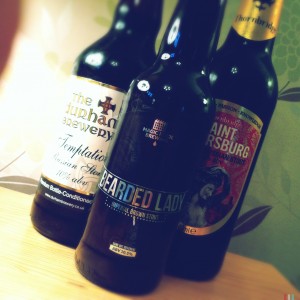 You see, last night was #IMPOFF, the Twitter event that sprung from Ella at Durham Brewery claiming that their Imperial Stout, Temptation (10%) could hold its own against any other beer of the same type.
Most people who’ve tried Temptation would happily agree with her, but it was too good an excuse not to use and so on the eve of April Fools’ day a whole bunch of people started tucking into high ABV stouts and discussing them on Twitter.
As with the #7point5 event last October and the #whitestout event earlier this year I was really taken aback by the amount of people taking part.
The starting time was to be around eight o’clock, but by seven I was thirsty and so I opened my first stout.
I shouldn’t have worried because a quick check of Twitter showed me that I wasn’t alone with several people also quietly getting on with it. 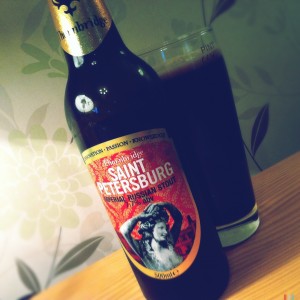 My first beer was Thornbridge’s St. Petersburg (7.7%), a beer I’d not had for some time but had always enjoyed in the past.
It was penny sweets and coffee grounds and was a good starting point.
At seven thirty two things happened simultaneously.
Firstly my daughter sent me a message to say all this talk of beer was making her thirsty which made me realise I may have created a beer monster, and secondly someone opened a Lost Abbey/Brew Dog Lost Dog (11.5%) and it became all too apparent that people were taking their fun very seriously.
As with the previous Twitter events it quickly became a great big conversation over the internet that felt very natural and friendly, with people poking fun at each other, discussing their beers, talking about life, the usual things that happen when people get together in a pub. 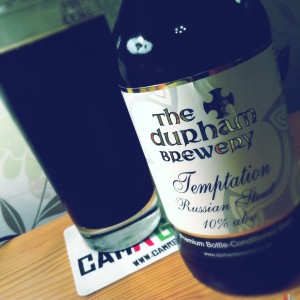 After eating a pizza I opened a bottle of Durham Brewery’s Temptation and it made a fabulous desert.
Temptation is a beer you could eat with a spoon.
It’d make fantastic ice cream.
It’s bursting with rum and raisin, boozey fruits and bitter chocolate, simply a terrific beer.
Somewhere along the line, as Ella tweeted her next enormous stout I called her, “Hard” and think she took it the wrong way.
I meant tough and not frightened of anything, but I think she may have thought I called her big and mean.
Or something.
Ella, I’m sorry.
I meant you were very brave with your drinking choices.
Phew. 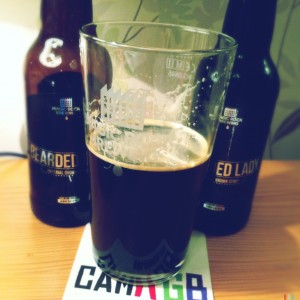 My final beer was Magic Rock’s Bearded Lady (10.5%) which I actually had two bottles of and toyed with opening both.
You know how you don’t feel as drunk as you are when you’re approaching really quite drunk indeed?
Yeah, that.
Ending the evening with a large dark hairy woman was fitting somehow.
Bearded Lady is rich and bold and sexy and naughty and gave me the headache I have this morning.
By ten thirty everything was getting a bit blurry. I’ve looked at my notes and there isn’t much after ten that constitutes English let alone journalism so I probably went to bed just in time.
As far as I’m concerned #IMPOFF was a great success and a lot of fun.
It highlighted the silliness of the tax on high ABV beers, and it highlighted just how much fun people can have with others that they barely know, just give people a starting point for a conversation and on the whole everyone will be nice to each other.
Thanks to everyone who took part in #IMPOFF, I had a blast.
Now to try and come up with an idea for the next event.
Cheers. 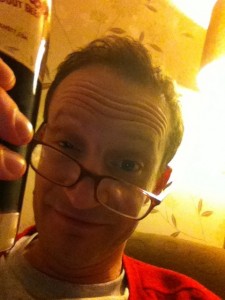 Special thanks to @Durhambreweryel and @Filrd for helping to organise all this.