Adventure Brewery: British Beers From Around The World

Adventure is a new brewery who caught my eye when one or two friends started mentioning them in despatches.
And then I saw their branding and got even more interested, and so I decided I’d have to investigate further.
I got hold of their core range to try and had a chat with Ben Owen, one of the brewery’s founders.
I’d usually edit these chats, but I found what Ben had to say so interesting that I thought I’d just publish it all.

Hello there. Please introduce yourselves.
Hello!
We are the Adventure Brewery, founded and run by two friends – Ben Owen and Alex Wilson.
The idea behind the brewery was to bring back old forgotten recipes and rejuvenate them with a more modern twist.
We’ve created a core range of ‘adventurous’ beers with ingredients inspired by the four points of the compass.

When did the brewery begin?
The brewery got its license in January 2012, but we actually only started supplying shops and getting our name out there from the beginning of June. We spent the time in between building up stock and perfecting our recipes. We didn’t want to start out with just one or two beers. We’ve always had the brand idea in our heads and it made sense to wait until we were happy with the four core beers before we started.
The idea behind the brewery came from us being big beer geeks.
Heritage is important to us.
We love the history of beer and have done a heap of background reading on the subject.
So when it came to brewing ourselves the idea of using old recipes from its heyday of the 1800’s was something we were very passionate about. We loved doing the research and each beer we produce has a history to it as well as a new happier ending!
Each old recipe is given a modern ‘twist’ with hops from around the new world, and that’s where the idea of the compass come into our heads Each beer is named after the compass point where the ingredients or history come from. 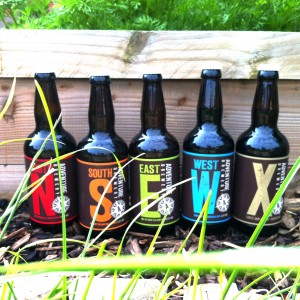 Have you always been brewers or did you do different jobs before this?
No unfortunately not!
We had to both spend 15 odd years working in I.T. before realising it’s just not what we are passionate about any more.  We are both still working our day jobs, but hopefully if all goes to plan and the brewery takes off then we would both love to work full time brewing. The brewing experience and know-how came from a home brew passion and a heap of reading and experimentation. It is so nice to see other people enjoy our range of beers knowing that all that hard work has paid off.

Where are you brewing and what capacity do you have?
We are currently brewing in a converted workshop in Chessington, Surrey.
We are pretty small at the moment, with a half barrel setup, but with plans to expand very soon. The whole idea for us was start small and see how things go. With the feedback we’ve had already it won’t be long before we have moved premises and ramped up production.

Are you filtering your bottled beers or are they bottle conditioned and, if so why?
All the beers are bottled conditioned, the reason for this was the history for us. Beer wasn’t filtered in the 1800’s, and so we are not filtering it now! We bottle it alive and lets it flavours slowly develop into something special.

What are your plans for the future?
Larger premises is the first thing for us, we have outgrown where we are at the moment and are actively looking for somewhere to expand to. Other than that we are going to continue to get our name out there and try to get into as many shops and pubs as possible.
We also have some great new beers around the corner that we will be brewing under the ‘X’ label (which are limited edition one off brews) that we have been researching and are looking forward to getting peoples opinion on. As well as our Christmas Beer ‘North Pole’ which will be ready around October/November! 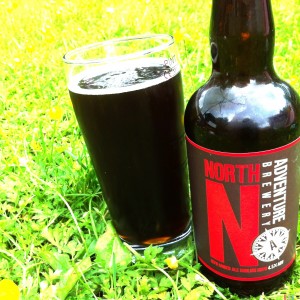 North 1870 Amber Ale With English Hops (4.5%)
This is a big red beer that sits in your glass the colour of your best teak furniture.
The aroma here is peppery toffee and chunky bran biscuits, while on your tongue North is rich and remarkably alcoholic for its ABV.
I like the toffee and caramel that’s so thick you could dunk things in it or eat it with a spoon, and I really like the floral, red berries, blackberry leaves and pithy dryness of the hops.
Unfortunately, and this is purely personal, the huge bitter burned biscuit a lá Shepherd Neame is just too much for me and because of that North ends up getting the Bishop’s Finger. 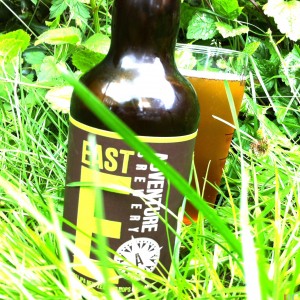 East 1861 India Pale Ale New Zealand Hops (6.6%)
This is an absolute peach of an IPA, and that’s fitting as there’s a lovely soft peachy body to East.
Lounging in your glass a sassy shining gold with only the merest glimmer of a head, the smell is heavy with lime juice, a squeeze of mandarin and a spoonful of honey.
The first mouthful was a super fresh burst of citrus and the outdoors, cold and clean and crisp and then, as I settled into East, the flavours became more apparent.
The malting is all about soft gooey caramels with a hint of Werther’s Originals, dense and moresome, comforting and calm.
This calmness is short-lived however as the hops are explosive blasts of everything good about a well made modern IPA.
You remember how Thornbridge’s Kipling tasted the first time you tried it?
Well it’s that to the Nth degree.
Super lime zest encrusted grapefruits speckled with cloves an black peppercorns, lychee and mandarin pith dryness, a subtle hit of tropical fruit sweeties and then a long drawn out and completely delectable tongue numbing, lip curling, eye glazing, cheek puckering finish. 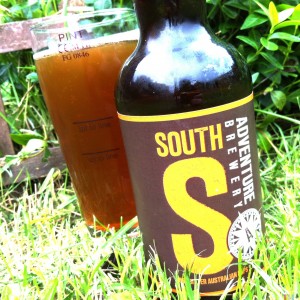 South 1880 Bitter Australian Hops (5%)
What a delightful beer this is, based on an old Bitter recipe, there’s something about the balance of South that’s really terrific.
The beer pours with a ring of off-white head and the colour of a good homemade marmalade, while the smell is cola bottle sweets, a gentle yeast, light toffee and satsuma juice.
Those sweet shop flavours are present from the first mouthful, though they’re more a gentle reminder than an in your face blast.
That said you do get fizzy sherbet cutting across the shortcake malt, dripping in caramel and rolled in spicy red peppercorns.
And is that a hint of paprika I can taste?
The Australian hops are zingy and sharp but not overly bitter, mandarins and mangos, a mouthful of orange juice with bits in and a little sparkle of chilli flakes make the finish dry and crisp with a good dose of resinous woody sap right at the end. 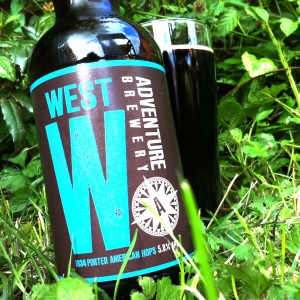 West 1834 Porter American Hops (5.8%)
The addition of American hops to this Porter is a real delight, and coupled with the weight of its ABV one could almost be excused for arguing that this is a brilliant take on a Black IPA.
So, let’s dive in.
West pours a thick and visceral purple black with a ring of cappuccino head.
The smell is rum and raisin chocolate and polished wood and the taste is, well let me tell you.
This Porter has a mouth coating dark chocolate base, stirred with a liquorice stick, a beautifully made cup of coffee, some prunes and a playful sprinkling of sherbet Dip Dab.
Then the hops kick in, fiery and peppery, herbal, resinous, washed in lemon juice, they build into a super dry, super long bitter sharp finish that leabes you smiling from ear to ear.