Posted on November 4, 2012 by Simon Williams

The votes are in and have been counted and counted again.
They haven’t actually, I just counted them once.
The results were very close but I can now announce that the winner of the
Campaign For Really Good Beer’s Beer Of The Year
as voted for by CAMRGB members is… 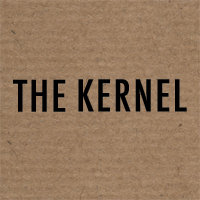 IPA S.C.C.A.N.S. by The Kernel. Congratulations to Evin and the Kernel team.

A small award will be winging it’s way to The Kernel very shortly.
This year the voting was very close and second place went to Buxton Brewery‘s Axe Edge which was only one vote behind.

But looking at the statistics Kernel were the rightful winners as they had the most votes overall as a brewery and almost double that of their nearest rivals.

Here’s a rundown of all the beers that were voted for this year in no particular order:

Thanks to everyone who voted.

Founder of CAMRGB. Member of The British Guild Of Beer Writers. Leftist bigmouth. Old and grumpy.
View all posts by Simon Williams →
This entry was posted in Beer Events, Beer Review, CAMRGB and tagged 2012, Beer, Beer Of The Year, CAMRGB, Drinking, kernel. Bookmark the permalink.

One Response to Beer Of The Year 2012