Blueball Brewery: Getting Crafty In The North West Of England

All the reviews below were written back in the summer of 2012 and they were intended to be published along with an interview, but for one reason or another this never happened and so I’ve decided to simply publish the reviews anyway.
Blueball Brewery is based in Runcorn and brews a range of different beers, most of which are available at Kash in Chester which is, I suppose, the brewery tap.
I first met Alex the brewer while taking part in The Chester Beer Appreciation Society’s #Twissup and he struck me as a genuine and passionate beer lover and a nice chap.
My only reservation about Blueball is the use of semi-naked women on their labelling and, though I’m pretty sure they’d argue that these are US Forces Pin Ups from the 30’s and 40’s, on occasion they get a little too close to the imagery seen on Pump Clip Parade.
Anyhow, without the interview all I can really do is give you the reviews and point you to Blueball’s website. 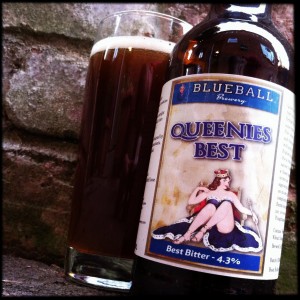 Queenie’s Best (4.3%)
Blueball’s Best Bitter is a brilliant take on the form.
Pouring a chestnut brown with a good foamy head, the smell is red fruits and toffee and, according to my seven year old son, Cola.
He’s not far off.
As you might expect this is a beer that’s mainly about malting.
Heavy with roasted nuts rolled in toffee, there’s also a large cup of prune juice in here along with some tamarind tartness.
The hops are leafy lanes through English countryside, long grass, nettle stings, snappy hedgerow and just a touch of lemon zest from the home made lemonade you’re carrying for lunchtime before a super bitter dry finish that lasts and lasts.
Very good indeed.
The only only thing that’s missing is an apostrophe. 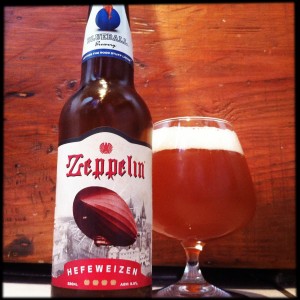 Zeppelin (5.5%)
Blueball’s Wheat beer is really very good indeed.
It pours a thick orange with a light lacey head and it smells of fruit and yeast and spices.
There’s a very ice fried banana and toffee at te heart of Zeppelin and it’s encrusted with cracked peppercorns, sea salt, dried apricot and Shredded Wheat.
You get a mouthful of cloves and yeast too, astringent and fresh, they take your breath away and leave you open to the assault of the hops.
Crisp lemon leaves, woody twigs, green tree sap and lime juice tartness make for a long and lingering finish. 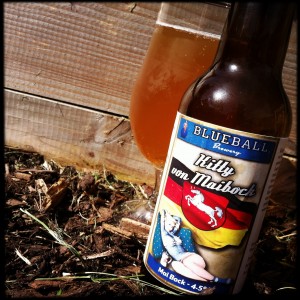 Kitty Von Maibock (4.5%)
This little bottle of Bock pours a rather lovely bright gold.
The aroma is orchard fruits and leaves, by turns fruity and sappy.
There’s a good sweet toffee caramel, a little bit of sweetcorn on the side and a large dose of orange juice.
The hops are flower petal brittle with lots of lovely green summer lawn freshness, a hint of crushed mixed peppercorns, and then some lime and bay leaves pop up in the nicely dry finish. 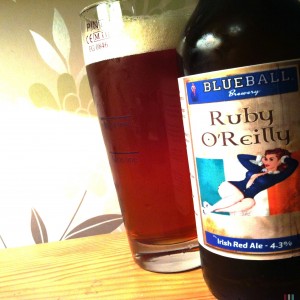 Ruby O’Reilly (4.3%)
Ruby O’Reilly is a red ale or as Blueball call it, “an Irish Red Ale.”
It pours a rather enticing amber witha good foamy head and the smell is fruity and biscuity, like a yeasty fruit shortcake.
I rather like the plummy, raisin rich biscuit of the malt, it’s round and dense and satisfying.
And it’s covered in a good helping of honey to boot.
The hops are prickly little nettle stings and fresh green pithy leaves that end in a clean and dry finish. 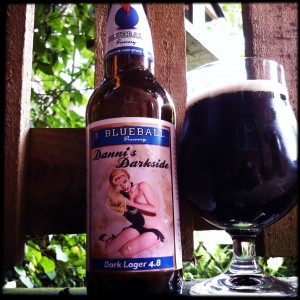 Danni’s Darkside (4.8%)
Now this is a very meaty lagered beer, and as a result it will almost certainly draw detractors as well as those that love it.
I for one fall into the latter camp, being a Marmite fan I’m more than happy with the depth of malts here that really do give a rather beefy flavour.
The beer pours a gorgeous purple brown with a light cappuccino head and the aroma is full of chocolate, yeast, pepper and prunes.
As noted above the malts are big and meaty but in no way are they one dimensional as they also have a good dark chocolate sweet bitterness, some stewed fruit and a peppery bite.
The hops are crisp and dry with a nice crunchy leaf litter brownness that leads to a sharp bitter finish. 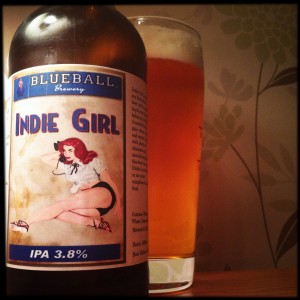 Indie Girl (3.8%)
The smell is big and juicy, full of apples and pears and there’s a fair old glob of caramel in the malt.
I have to say that the overall strength of flavour here is very impressive for the lack of alcohol with a big fat hop presence that feels chewy and is over ripe with fruits and sweeties.
The finish is where it dies off a bit and isn’t quite dry enough for me.
All in all this is a rather nice beer but personally I want a bit more of a kick that a higher ABV might bring when I’m drinking an IPA.

Spänk (6%)
This, Blueball’s “Industrial IPA” is such a brilliant colour.
It’s almost the same orange as Tizer, it’s a fun colour, a “you’re going to enjoy” colour.
The smell here is resinous and fruity, like sniffing berries in a pine wood.
Spänk’s flavours are all very American IPA with a big peppery toffee and a hefty resin fuelled treacle and orange juice body.
And the hops are sharp and dry.
They’re grapefruit tart and stuffed with vine leaves and lime juice, and laced with a zippy sherbet tang. 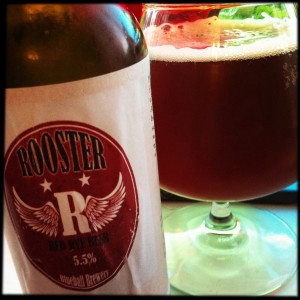 Rooster (5.5%)
Rooster is a Red Rye Ale and it’s very good indeed.
From the minute you pour this deep red beer with its lacy head you know you’re onto something good.
The aroma is like pushing your face into malted, toffee coated breakfast cereals, sweet and rich and inviting.
Initially Rooster is a mix of dandlelion & burdock and coke, by equal measures sherbet fizz and deep dark caramels.
There’s a woodiness to Rooster too, dense and bark dry but flecked with crushed peppercorns and nettle leaves.
The hops are autumn leaf red with maple syrup stickiness and a good oily resin before the fresh zing of lemon rind guides you towards the very spicy dry finish. 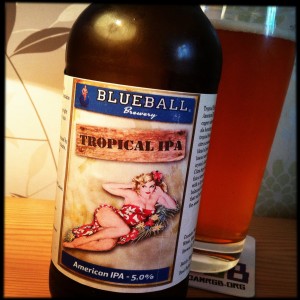 Tropical lPA (5%)
Blimey, the finish of this beer is super long and searingly dry.
But that’s some information for later.
We should start at the beginning.
Tropical is a copper coloured beer that smells of limes and mangos and capers.
There’s a very good malt that’s more Nice biscuit than digestive, with a light crumbly almost coconut flavour, along with some sticky honey and green peppers.
The hops are strong and sharp and pointy.
They’re lemon segments over kiwi fruit, Fizzbombs and the rhubarb half of Rhubarb & Custard sweets.
And then there’s the finish, but I told you about that at the start. 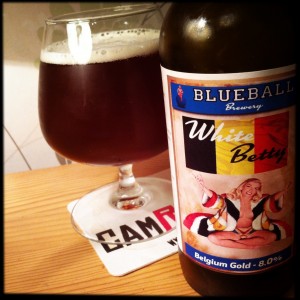 White Betty (8%)
In July CBAS (The Chester Beer Appreciation Society) organised a CAMRGB Twissup and my favourite beer of the whole event was this one.
Pouring a thick orange with a light lacy ehad, White Betty smells of orange juice and cardamom.
The amlting is ridiculously complex with eight individual malt additions wrestling your tastebuds to the ground with biscuits, honey, caramel, burned sugar, toffee apples, peanut brittle and pear skins.
From the hops there’s an orchard greenness that’s early morning fresh before everything goes all penny sweet fun with Sherbet Dip Dabs, liquorice sticks and Flying Saucers, followed by lemon juice and lime leaves and a super succulent prune flesh and fig finish.