Something is definitely happening in the UK.
Something significant has changed in the last six months or so.
This is how I see it.
Over the last few years we’ve had a huge growth in micro breweries in the UK and out of them there have been one or two trailblazers, BrewDog and Magic Rock, Arbor Ales and Summer Wine, who we’ve watched as they’ve moved British beer forward, sometimes in giant leaps.
And yes there are one or two breweries who are staunchly sticking to the tried and tested traditionally unexciting real end of things, but more and more are moving on and up and out and into something new. 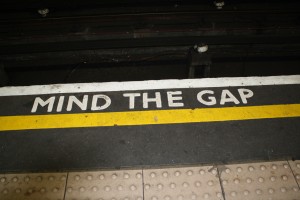 But what I think has happened in the very recent past is that we now have a second wave of breweries who are taking their inspiration from the trailblazers and know just how good beer can and should be and as a result we are starting to get some stunningly good beer coming out of breweries that one could, in the past, have argued aren’t old enough to be this good.
If you’ll forgive me I’d like to make a musical analogy for two reasons.
Firstly it’s the easiest way for me to explain things as it’s what I know best and secondly it ties in with an article I wrote right back at the beginning of CAMRGB when I was trying to explain what all this was about.
When British Punk broke in the mid seventies it was exciting and energising and initially seemed to have come from nowhere but, as people got to know it, its roots became apparent.
Some people used Punk’s blueprint to continue to make records that sold without changing the sound or the form in any way. 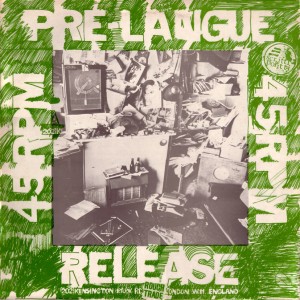 But some people, the second generation, the New Wave, took the blueprint and applied it to other musical styles, experimented, moved the sound forward.
Both the first and second wave also took a lot of inspiration from the Punk of the USA that had predated UK’s initial Punk explosion by some years and who were already experimenting with musical forms and created a wide range of different sounds.
Think Talking Heads, Television, Blondie, Pere Ubu.
And so you had Sham 69 and their ilk continuing their vision of formulaic Real Punk while you also had XTC, Gang Of Four, Scritti Politti et al who were striving to make something new and fresh and exciting and GOOD.
This New Wave was smart and sassy, well read, cool as hell and most importantly, comfortable with mixing up whatever it took to make something brilliant.
And that’s what I see happening right now in the UK beer scene.
Our second wave of modern micro breweries have moved up a gear or two and some of them have hit the ground running so fast it’s difficult to keep up with them at all.
Here are two examples of what I mean.
Two beers that, although traditional in style, are worlds away from their forebears and contain all the things we have come to love from modern beer.
Two beers from two new breweries that between them, in the space of an hour last night, made me write the above article. 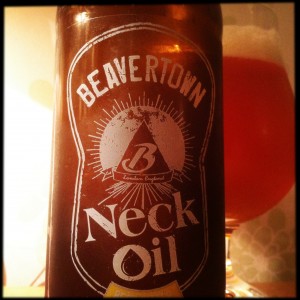 Beavertown Brewery Neck Oil (4.3%)
I love the name of this beer, I love the branding, I love the label notes.
And, fortunately, I love the beer too.
Neck Oil is Beavertown’s Best Bitter and it’s deliciously easy to drink.
The aroma is biscuit and toffee, the colour is a sumptuous amber and the head is foamy and oddly old fashioned looking.
That’s a weird thing to say isn’t it?
What I mean is it clings to the glass like beer used to.
Or something.
The malts are soft gooey caramel dripping from a well baked digestive biscuit and the hops are subtle and supple, with a good hit of citrus over some very fresh hazel and bramble leafy goodness that leaves you with an “I want more” dryness.
I hate to say it but this is almost perfect. 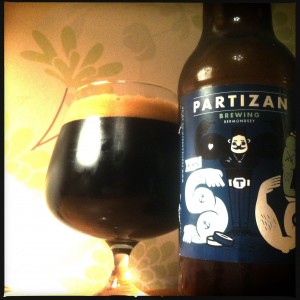 Partizan Brewing Stout (8.6%)
This little bottle of stout is mind bogglingly good.
And I know it’s not just me as it just so happens a couple of other people were drinking this last night too and they were tweeting the same sentiments.
Partizan’s Stout pours fathoms deep and smells sublime.
Taking a mouthful gives you a very sexy tongue coating bitter chocolate with black cherries, brandy, biscuits and raisins.
And there are hops too.
Red and crunchy, full of autumn, they’re sharp and bitter and dry as a bone.
This New Wave of British brewing has really found its feet and the Old Guard need to start watching their backs.

10 Responses to I Found That Essence Rare: Brewing’s Newest Wave