Posted on December 3, 2012 by Simon Williams 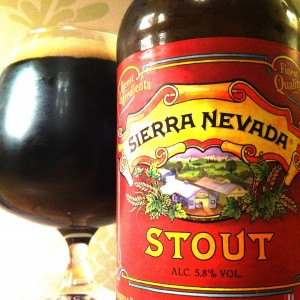 I can’t decide whether or not I like this beer.
No, that’s not quite right.
I do like it, but there’s something a little unexciting about it.
I mean, it isn’t bad by any stretch of the imagination but it’s missing some vital spark that something like Sierra Nevada’s Torpedo has in spades.
There’s a good hit of coffee and some nice bitter chocolate in the malts, along with a decent caramel sweetness.
The hops are autumnal and brittle, like crunching through brown leaves and wandering through the dappled shade of winter woodland.
And all of that is all very nice.
But it’s not a beer that’ll make you want to get another one.
So, so I like this beer?
Yes I do, but only as an occasional acquaintance rather than an everyday friend.