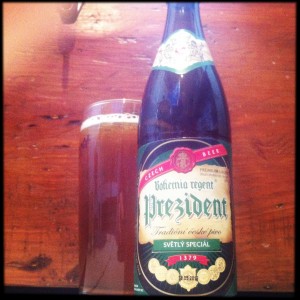 I’m not sure if I like this beer or not.
It certainly looks lovely, all warm golden honey, and smells nice with lots of flowers, shrubbery and a little caramel.
There’s lots of toffee, a little marmalade and some very nice spices in the malts, and the hops are leafy, crunchy and dry.
But there’s an overwhelming sickly sweetness that almost from the first mouthful becomes thick and cloying, beating up everything in its path and making this taste far too sugary for me.
Having written all this down I’m now sure, I don’t like it.