My Life in Beer 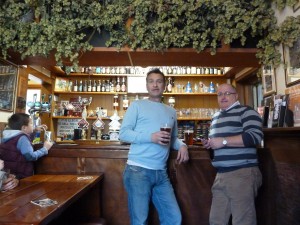 It strikes me that, over the years, I have had an attitude to beer that may well have reflected the expected maturity curve – without ever drinking lager – but which has taken a slightly anarchistic tangential deflection of late.

I understand the route cause of this change. A holiday in the USA in 2007 changed my understanding of beer. I had been to the US before, but never really been to a proper bar. They tended to exist in big cities and we were mileage junkies, crossing state after state to take in the big sights. I had been to many cities but seen nothing more than the outer ring road motels. And my touring partner in crime had no interest in beer – pizza and steak was his thing – so I felt pretty educated in the ways of American beer because I liked MGD rather than Coors (or Bud).

Then I got (re)married and persuaded my beloved that she really did want to go to the country that she hated for her honeymoon (she had been once – to LA for a couple of nights on a stopover when returning from New Zealand).  That first trip didn’t fix it. It was on the second trip, wandering through San Francisco, that we discovered the Rogue Bar. 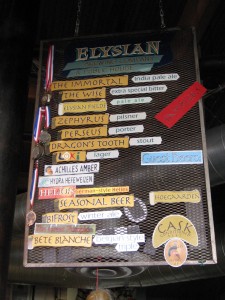 The sign said 42 real ales. What? 42 is a BIG number. Real Ales. In America? Could this be true? So we went in. And the world changed. Not going to get embroiled in the real ale debate – I was a CAMRA member for 15 years and endured too many dire pubs with supposedly great beer but no customers or atmosphere, or welcome, to go there. This was a bar with 40 odd beers, some served in a manner that you would recognise in the Red Lion, but others (lots of others) simply poured from a tap. The sort of tap that you saw with Coors, or Budweiser written on them. Though these had new names on them. And the beer board spoke of Russian Imperial Porter, Double IPA and strengths beyond 6 and 7 percent. All the way to 9!

We stayed for a few hours. And were hooked. The itinerary changed. We were due to travel up the West Coast to Seattle, then down to Vegas, back to San Francisco and home. Somewhere along the way that day somebody mentioned Pubcrawler.com and from my rudimentary tablet, we started to look for beer. 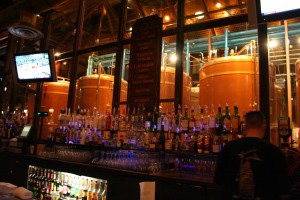 I had heard that Portland was a cradle for beer in the US. We stayed one night, caught the RT to Widmer. On to Seattle, Pike and Ellysian hit the spot. In Vegas we discovered that some casinos also had breweries. And that the non-displayed ABV’s of a lot of these beers were a shock when you hit the heat of the strip.

Naturally, we came home. To Aylesbury. Not much of a real ale Mecca to be honest. And no sort of venue if you were craving IPA that was 6% plus and not made by Greene King. So back to the GBG. Warm beer of uncertain quality. Pubs. I like a pub. But so many are just so…………..awful. Sticky tables. Sticky floors. Indescribable toilets. And clientele. 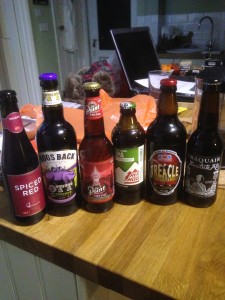 Bottled beer was changing though. I could start to get local beers as I travelled around the country with work. Bringing them home and enjoying them with friends around a table – inside or out depending on the weather.  The contents of the bottle still tended to be brown. Between 3.8 and 5.2%.  Unless you count old school Gold Label – the preserve of ladies who were driving their pensioner husbands home from the pub so had better only have a small bottle.

Beer historians can probably tell me when things started to change. Was it suddenly that Jaipur and Punk IPA appeared on the scene? Shouting about their existence against the stagnancy of the real ale reality of the average beer lover.  Beers like you found in America. Beers that I loved. Loved the taste of. Loved the strength of. Not easy to find (now mainstream) were they the ones that opened the floodgates? 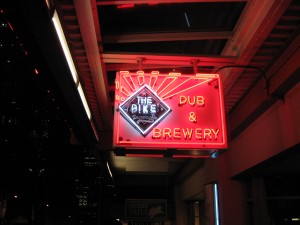 Because I find myself, six years after that trip to San Francisco, looking at the likes of @alesbymail and @cotteridgewines and finding myself in awe of the availability, the diversity of stonkingly good British beer that negates the need of a pilgrimage to the New World.

Coupled with the enjoyment of beers from the likes of Oakham, Rebel Brewing Co, Tap East and Beavertown, is the sharing of knowledge by the blogging and Tweeting community. People who are passionate and willing to share their experiences. Who encourage the brewers and the drinkers. And the drinkers who look beyond the “real ale” label and find bloody good beer – often delivered to them in bars that have a vibe that is more gritty than the Dog and Duck. Or on the Internet, sharing the experience of a new brew with folk, known or unknown, who want to share their thoughts, listen to yours and, maybe, learn something from each other. 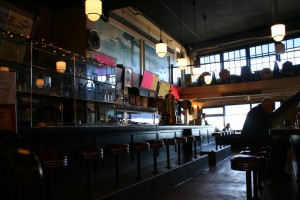 So, I have cancelled my CAMRA membership, no longer interested in the limited vision.  I am embracing the new world (having fallen in love with the beers produced by the New World). I buy beer from London, (OK, the US – still), Scotland and Wales; from a virtual shop in Essex and a Temple to Beer in Birmingham. I talk to friends in the real world across the generations about beer in a way that “real ale” has never allowed me to, and I have imaginary friends online that share my interest and whom I hope to share a table with sometime soon.
Has there ever been a better time to be a lover of really GOOD beer?

4 Responses to My Life in Beer