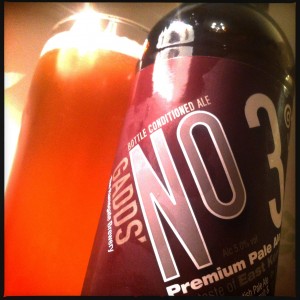 Sometimes I get so bored of beer reviews.
I said on Twitter a few days ago that I dislike reviewers who say beers taste hoppy and malty or, more accurately, state that, “the hops have a hops flavour.”
No shit Sherlock.
But then I look at my own reviews and I find myself using a bunch of common descriptions.
The thing is though, it’s only really occasionally that you get a new beer so interesting it makes you, excites you, forces you almost, into writing something really great, something descriptive and interesting and creative.
Unfortunately more often than not you get a beer like this one.
Don’t get me wrong, this is a good beer.
It’s just not inspiring enough to get my brain racing for new adjectives.
And so I end up saying that this Pale Ale pours a satisfying gold and smells of apricots and marmalade.
The malts are a soft honey drizzled wafer biscuit pricked with black peppercorns and a splash of orange juice.
There’s a very nice sharp pithy bitterness to the hops, all green hazel leaves and nettles, before a slight tamarind tartness and a good crisp finish.
At least I didn’t describe the hops as having, “a hops flavour.”