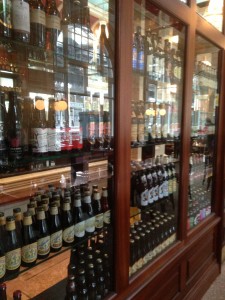 To Sheffield.
I will declare an interest, it’s the city of my birth and the city where I went to University.
But that, clearly, was a good few years ago when the place still hosted some significant brewing output on sites that are now home to, well, homes.

So if Whitbread, Wards and Stones have gone the way of the steelworks that made this city great, what is there to grab the attention of a beer loving visitor in the final throws (hopefully) of what seems to have been a never endingly dank Winter?

For three days only, SIBA has hit town.
An industry junket to which the paying public are given access for the Friday and Saturday sessions once the real work has been done by the movers and shakers of the independent brewing world.
And twitter has been buzzing. The setup photos that have been posted show a bar of extraordinary proportions with hand pulls disappearing to infinity and promising some serious liquid refreshment for those lucky enough to be attending. 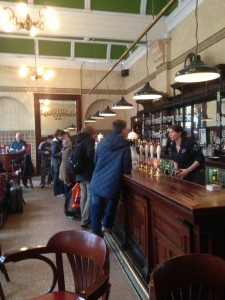 But kick off for Joe Public is 17:00 and having taken the day off to allow for travel from the South, entertainment needs to be found if the precious escape from the day to day toil is to be maximised. To Thornbridge then.
Tucked away in a corner of an industrial estate on the outskirts of Bakewell twenty-five or so miles short of our final destination.
The industrial unit is modern and busy. Busy with builders as there is clearly ongoing development work underway. No smell of hops or much else in the air to be honest, a bolt through the rain to the brewery shop, bottles of Heather Honey Imperial and Imperial Oatmeal Stouts paid for and carefully stashed in the boot – the drive into Sheffield offers twists and turns and some long uphill pulls and smashed bottles really are not what the doctor ordered. 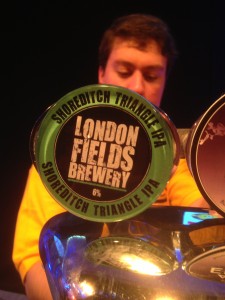 Check in completed, we have three hours to fill.
There are options, but the Brewery Tap is close by.
And close by the SIBA venue too so will allow a trip back to the hotel to change before the evening’s challenges. It may not have been the first in the current crop of large scale real ale bars in Sheffield (I am guessing that the Devonshire Cat might win that accolade but would not fight my corner too hard on that one), but it certainly does a good job of setting the bar at a height that takes some tackling for the competition. It is doing a reasonable trade for a Friday afternoon. The usual mix of travellers stumbling across the threshold not really sure what they have found on the platform of Sheffield Midland Station, and the hardened beer folk here to sample and enjoy. But also, a smattering of lanyards. And not your usual office workers. These people work for breweries, which is pretty cool if you like drinking the stuff that they make in their day to day jobs.

As seems to be the norm, there are a number of Magic Rock brews on offer.
We plump for Curious and High Wire in fairly short order.
By the time that we have moved on to Tapped Brewery Bullet we are thinking that halves would have been sensible (will we never learn?), so a shared bottle of Stone Smoked Porter accompanies a somewhat below par glass of Jaipur. 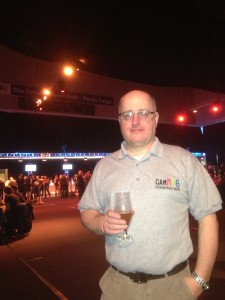 I have invested in a polo to confirm my new beer allegiances so it is back to the hotel to change before hitting BeerX as the venue opens.
And we are, maybe, a tad too early. It is a slow builder.
Almost as if the venue itself is getting over a hangover from the previous evening.
This is a big hall. Previous Steel City beer festivals held in the same value have felt a bit lost and this is the same, although the main bar (the only bar) is impressive and the standard token payment service makes for easy cashless transactions with the friendly and brightly clad staff.

But.
And here is the rub.
For all the variety, and there is plenty of variety, we are left with a feeling that all is not quite as it should be. I have read the tweets raving about the beers. My friend has not but has had his expectations set by my assurances that if this is as good as Nottingham was last year, we will have a hoot. Yet there is a degree of flatness to the beer. A lot of the beer. Tastes good, but it is lifeless in the glass. I find myself texting a friend who is due to join us to suggest that we meet outside – he has pre-booked his tickets so is coming in anyway. 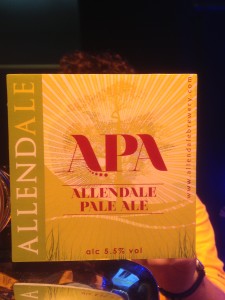 He shares my view – as do some others that I talk to.
The Twitter feeds remain upbeat – is there an editorial team at work?
Keg seems to work best.
Allendale’s Allendale Pale Ale is standout for me, but after ten thirds of a pint of assorted beers of varying styles and strengths, we have had enough. Someone comments that it is a bit like being at an evening wedding reception. For your girlfriend’s flat mates sister. From Uni. Who she last saw ten years ago. Strangely un-involving. And food is curiously not on the menu, tucked away in a corner of the room, it is an add on – completely unlike the approach that was seen at Craft Beer Rising in Brick Lane only a few weeks ago. 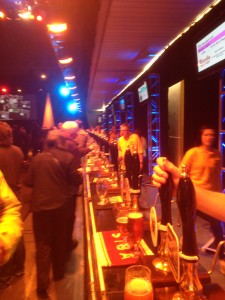 So we head out into the night. Hallamshire House our destination of choice. A short taxi ride away and a hive of activity, the place is buzzing. Ok. It is another Thornbridge venue, but it hits the spot and the beers are well kept and well presented on draft and in bottle.

BeerX then.
Put in context as a adjunct to a trade show, its lack of engagement is understandable, but the beer is what sticks in the mind and that lifelessness in the glass was a real disappointment.
It will be interesting to read the reviews of others who were there, but for me the event failed to hit the spot.

7 Responses to To Sheffield, for BeerX