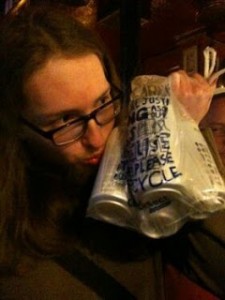 Photo of Nate used without any permission whatsoever.

How to write a bad review?
Should you write a bad review?
I know my friend @NateDawg27 over at Booze Beats Bites is happy to write very eloquently about beer, or music, that he thinks is bad.
But there are also a lot of people who seem to be comfortable either,
1. Saying everything is brilliant or,
2. Only publishing reviews that are glowing.
But as with anything that we get excited about, taste is subjective and reviews are subjective.
I’m of the belief that if one is to write about something and that thing isn’t good then one should say so.
I remember many years ago when managing record labels, Nation Records being a case in point, that I very quickly became conscious of reviewers – both professional and amateur – who were only ever giving good reviews.
I found it a little bit odd as nobody can like everything that much. 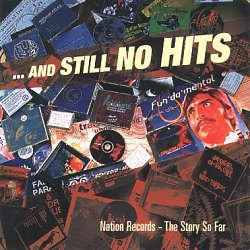 Still No Hits? They had one or two.

And then I realised that it was done because they wanted free stuff and believed that appearing to support a label 100% would mean they got a regular big shiny parcel through the door.
But if you take yourself and your writing seriously, and if you want others to take you and your writing seriously then I’m of the firm opinion that you should say what you think.
I’ll use my boring old music/beer metaphor again.
Some bands release endlessly brilliant records, some release just one great record and a load of rubbish, some make listenable but unexciting records.
It’s the same with breweries.
Some have a whole catalogue of terrific beer and some are known for just one or two.
But if you read a bad review of something that you like a lot, remember we all think and hear and taste differently and remember that dialogue is healthy.
Discuss with the writer why you think they’re wrong.
And here’s an example. 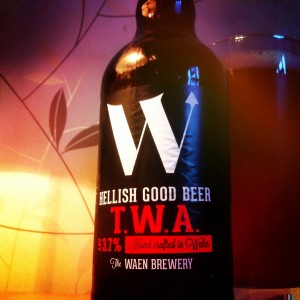 The Waen Brewery TWA (3.7%)
So this is the last of the Waen beers I got hold of.
I really liked their Chilli Plum Porter but have been sadly unimpressed after that, and I’m afraid that this Golden Ale follows suit.
It sits in my glass a nice sunny yellow with an appealing chunky head but the aroma is almost non-existent with only the slightest citrus and something that, uncomfortably, smells a bit like a sweaty corn on the cob.
Taking a mouthful I get very little to describe.
There’s a watery, rather empty malt, like a box fashioned from bran with nothing inside other than two or three biscuit crumbs and a thin smear of caramel.
The hops taste for all the world like lemon cordial that’s been watered down far too much, like a ghost, a reminder of citrus.
Sorry, but that’s just the way it is.

One Response to The Art Of Reviewing: The Waen Brewery TWA (3.7%)