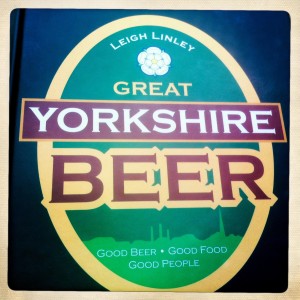 I’ve known Leigh pretty much since I started the CAMRGB thing and his blog has been one of the few that I look at regularly.
I like his style, I like his humour, he writes well and with enthusiasm.
And so I was very pleased, but not surprised to see that he has taken his blog one step further and written a book.
Ostensibly a tour of Yorkshire breweries, Great Yorkshire Beer, which borrows from Leigh’s blog with its tag line of, “Good Beer, Good Food, Good People”, is a mini coffee table snapshot of Yorkshire beer in the 21st Century interspersed with some of Leigh’s favourite beer related recipes and tasting notes for the core ranges of each brewery interviewed. 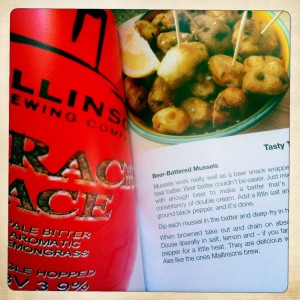 Beginning with an overview of the Yorkshire beer scene from the past to now, the book breaks up into chapters dedicated to some of the bigger breweries in the area alongside some of the new kids on the block.
And so you can read a feature on Ilkley Brewery and then flick through to a similar sized piece on Revolutions Brewing.
It makes for a book that’s not so much a cover to cover reader, but rather (and all the better for it) a handy reference book for those moments when you have a beer in front of you and just fancy some beery information to go with it.
I’ve had it in my house for a couple of weeks now and have been picking it up at odd beery moments in much the same way I pick 1001 Beers To Drink Before You Die, flicking through to find a page or so to digest while I’m glugging a glass of the good stuff. 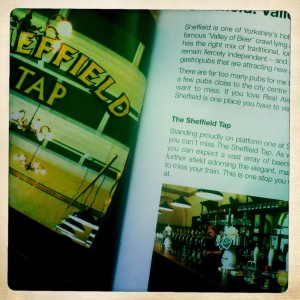 Eventually I aim to try some of the recipes too, the photographs of them look rather yummy and mouthwatering.
As I dive in and out of Great Yorkshire Beer I find that even though the articles on the breweries are informative, interesting and well written, my favourite pieces are the tasting notes scattered throughout.
And this isn’t for any other reason than this is where Leigh’s passion and enthusiasm for his subject really comes to the fore.
This is where he can write what he wants, knows and feels, rather than simply relaying information in an interesting way, and as I read it feels like his blog.
It’s warm, friendly, disarming, personable and full of life and fun.
For a first book, Great Yorkshire Beer is super. 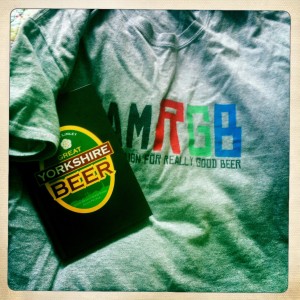 Would you like to win a copy of Leigh Linley’s Great Yorkshire Beer and a CAMRGB T-Shirt to wear while reading it?
If so simply answer the question set by Leigh below by clicking on it and sending your answer and your name in the body of the email.
We’ll draw a random name out of a pint glass on May 30th, the day of Leigh’s launch party at The York Tap.