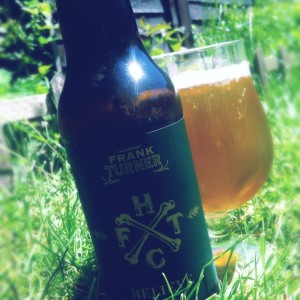 I’m not sure where to start with this, other than to say I did bother reading the label this time and was told that this is a wheat beer with a modern twist.
The only twist I could find was that it tastes like beer.
But not wheat beer.
Is that the twist?
I didn’t get any of the associated flavours or smells that I would have expected from a wheat beer.
Instead I got a light toffee malt, some black peppercorn snap and a crisp, fragrant lemony hop.
I’m not even sure whether I liked this beer or not, it was just there.
It slipped down easily enough mind, so it can’t have been bad per se.
But if I’d not read the label I’d have thought this was a regular Pale Ale.