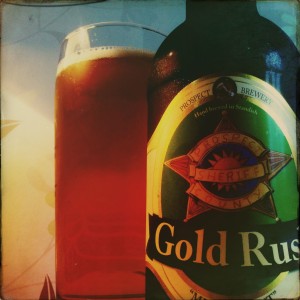 How many millions of almost identical Golden Ales are out there?!
As it goes this one is well made, but it’s pretty much indistinguishable from many others.
It’s a bright light gold in my glass, has a foamy cream head and smells of biscuits and haystacks.
There’s a dry crunchy digestive centre to the malts and a drizzle of runny toffee on the side.
The hops are verging on bitter, but too frightened of their own reflection to really shout.
So instead they’re meekly citrus tinged and almost apologetic about their sharpness.
And the finish is clean and slightly floral.
All in all an alright Golden Ale that’s totally interchangeable with any number of others.