I wrote both these reviews separately but it makes sense to publish them together as firstly they’re form the same brewery and secondly I had my moaning linguistic pedant head on, as you’ll see. 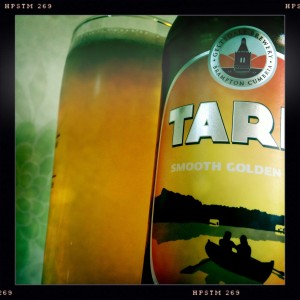 Tarn (4%)
Tarn is a, “Smooth Golden Ale,” or in common parlance, a Golden Ale.
Extra, slightly leading or unnecessary words, are one of my (many) bug bears.
Like TV Chefs who say, “we’re going to reduce this down.”
Of course you are.
You can’t reduce anything up.
Anyhow, ignoring the “smoothness” this is a decent enough beer.
There’s not much aroma, save for a super light peachy hay bale sweetness.
The malting is soft caramel and oaty biscuits, and the hops are gently crisp and slightly bitter.
With all that said, Tarn is rather drinkable and I’d happily have a few during a couple of hours in a pub. 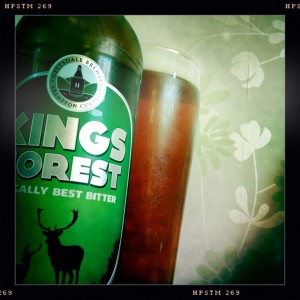 Kings Forest (3.8%)
This is Geltsdale’s Best Bitter and it’s a bit disappointing.
It’s certainly not the, “smooth [that word again] and rewarding […] dark, malty bitter ale,” described on the label.
For a start it’s a light tan colour.
Its smell is a lightly spiced toffee and the malt is a soft honey coated bran biscuit.
The hops are almost apologetic, hinting at nettles and grassy hedgerow but too afraid of upsetting anyone to actually do anything.
But mainly the problem is that this beer feels really watery, thin, empty.
And surely there’s an apostrophe missing.