I wasn’t going to write an article about Sainsbury’s Great British Beer Hunt (GBBH) this year as it’s already been well documented in the Beersay blog by my friend and fellow beer writer, Phil (@filrd).
That was until I spent last night in the company of the two beers from Harbour Brewing Co. that are part of this year’s selection.
Each year GBBH throws up a couple of decent beers, a handful of drinkable ones and one or two stinkers, and I’d been excited to find Hardknott’s Infra Red nestling in amongst the shelves of my local store.
But these two beers from Harbour are something else entirely.
This really is introducing supermarket beer drinkers to what beer can be, and for that I take my hat off to the Sainsbury’s buyers and marketers for putting this stuff on their shelves. 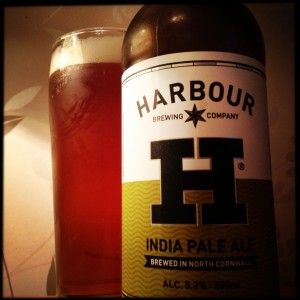 India Pale Ale (5.2%)
Harbour’s IPA is exactly the kind of beer I’d like to see as a standard supermarket choice.
It’s a superbly made beer with a fresh mandarin, chewy sweet and flowerbed smell and a lovely glowing orange colour.
The malts are runny honey and soft shortbread biscuit and the hops are big and sharp, lots of satsuma, lemon, lime and grapefruit, and some sherbet coated apples.
And with a finish that’s sweet and dry and long, this is the kind of beer that could educate a whole new generation of drinkers in the same way I and many others were educated by finding Punk IPA on the supermarket shelves. 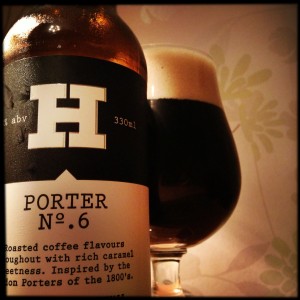 Porter No. 6 (6.8%)
Porter No. 6 is a chocolate and coffee fuelled beer that smells of smoky rum soaked prunes presented in a wooden bowl.
The malts are the star here, they’re big and rich, full of espresso and cocoa powder and rounded off by stewed plums.
The hops are crisp, dry, red leaves, apple skins and just a touch of clean, sharp lemon zest.
What I really like about this Porter is that it feels weighty, warm and satisfying, it’s a malty bear hug that gives you that comforting alcohol heat in your belly, warms you through, makes you feel all cosy.
It’s an astonishing drink to find in a supermarket.