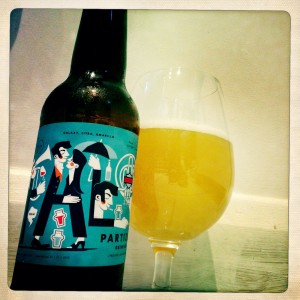 Not Partizan’s best, this little Pale Ale is still pretty good if a little thin.
It pours a pale, almost pallid yellow and smells of lemons and satsumas.
Ad drinking this is pretty much the same, lots of oranges and lemons, lime, grapefruit and kiwi.
You know, the usual stuff.
THere’s a nice sherbet fizz and some rhubarb in the background, but there’s simply not enough of a malt presence for my liking.
It means that this particular Pale Ale feels more than a little thin, even at 5.2%.
Mind you, I’d still happily drink it over many other things.