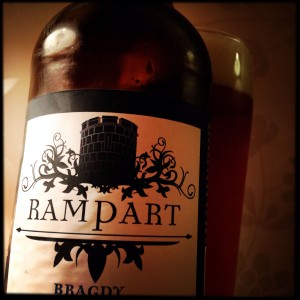 In a word, albeit a not very literary word, urgh.
I just don’t get it.
This is my third or fourth Conwy beer and it’s as bad as all the others.
It’s watery and insipid, overly fizzy and smells of yeasty boiled cabbage.
There is some toffee from the malts and a little bit of biscuit too, but apart from the scantest hint of spicy herbs, there’s no real hop presence.
As a whole the beer has a bit of a dishwater feeling, sloppy, thin and tinged with pickled eggs.
As I said, urgh.

One Response to Conwy Brewery Rampart (4.5%)