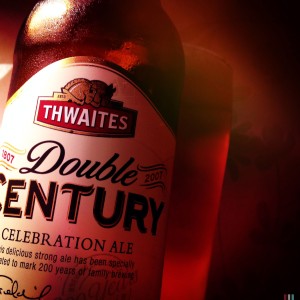 I’m not sure what to say about this beer because I really like it without it being particularly exciting.
Perhaps it’s just a superbly made beer?
Look, I tell you what, I’ll just start at the beginning and see what happens.
And what happens is a surprisingly aroma free aroma apart from a very light peppery toffee.
Not a great start, but then when you take a mouthful you get a rather good orange juice and toffee shortbread, honey and black pepper.
There’s also a bitter green herbal leafiness, a sticky resinous woodiness, orange marmalade and just a dash of prune juice.
I really like Double Century, it’s a very good bottle of beer that leaves a rich and lasting finish, but I have no idea what I should say about it.