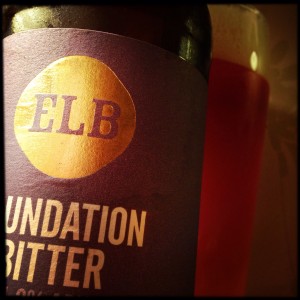 Up until now I’ve liked the beer I’ve tried from ELB, but this one leaves me cold.
There’s a little too much corn on the cob and not enough rich brown toffee.
And there’s a little too much cat nip acidity and not enough round fruitiness in the smell.
Finally there’s too much washing up liquid soapy lemon and not enough kiwi and gooseberry in the hops.
Maybe every brewery makes one poor beer.
Perhaps, yet again, I’m the unlucky chap to get the bad bottle from the batch – But this one doesn’t taste off, just wrong.
From now on I’ll stick to their Pale Ale and Night Watchman.