My Personal Feelings About Love In General*: The Kernel Brewery 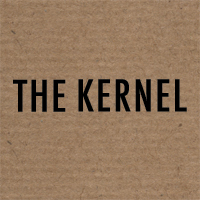 It’s Boxing Day, seven thirty in the morning.
Dark outside, my five year old daughter is sitting across the table from me painting with the little water colour set she received yesterday and that immediately became her favourite gift.
Isn’t it amazing how the simplest things more often than not end up being the best.
Which brings me to The Kernel.
I had four of their beers over the last twenty four hours and made a few notes as I went along.
It’s a habit I can’t break.
Drinking beer and writing about it.
I logged in this morning to write up my notes and then noticed that I had written, for the Nth time, the words, “How many times have I said I need to stop reviewing Kernel beer?”
You see, everything I write is glowing and everyone knows that as well as I do otherwise they wouldn’t have won the CAMRGB Beer Of The Year Award for the second time running.
Where Art Brew are, in my opinion, the crazy heart of CAMRGB – Making and doing what they want, occasionally getting it wrong but having an enormous amount of fun and constantly falling in love along the way – The Kernel are the soul of what CAMRGB is all about.
Beautifully made beer good enough to turn heads, bottle conditioned but also kegged when the brewery decides that’s the right way to go, and sublimely branded in the most simple and elegant way, even the beer they make that isn’t quite brilliant is generally worlds better than most other breweries.
And so I will give you my notes on the beer I drank for Christmas day (apart from Pére Noel as I reviewed that two years ago – It’s become my standard Christmas lunch beer, partly because you get to unwrap it like a present, and The Kernel’s Table Beer which I have reviewed already), but after this I’m not sure I ought to bother writing anything about the wonderful world of The Kernel save for tagging them on Untappd. 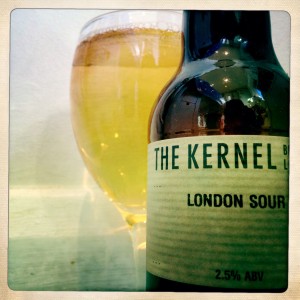 London Sour (2.5%)
Wowsers.
Low alcohol, big fresh fruity herbal bitterness.
Not overly tongue curling, but fresh as a daisy and bright and lively.
A perfect start to my Christmas morning, this is a palate cleansing vanilla marzipan, honey, damp grass, coconut and green grape skin joy.
If you’ve shied away from trying sour beer then let this one be your entrance point -It will open up a whole new world of what beer can be. 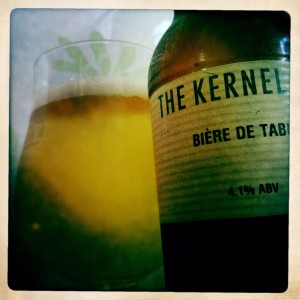 Bière De Table (4.1%)
Is this a Session Saison?
I guess you could call it something like that.
Softly fruity, bread dough and lemon sorbet, a hint of chilli flakes, honey and white pepper.
The finish is clean and crisp and herbal, salty and bright and floral.
As an aperitif before my Christmas Lunch this is simply super. 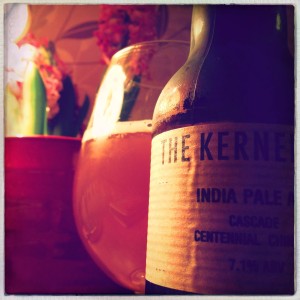 India Pale Ale Cascade Centennial Chinook (7.1%)
Massively hits of grapefruit and mandarin rinsed soft fruit flesh – peaches and kiwi, pears and mango – under which the malts are satisfyingly sticky with caramel and honey and ice cream wafers.
I’m not going to say any more except, if you see this little bottle of beer in a shop buy it and drink it and love it.
This is another brilliant little IPA from The Kernel.