I’ve never done a Golden Pints Awards thing before, but having read Justin’s (@1970sBOY) last night I thought I’d give it a go.
What I must say before starting is that this is my own personal choices and in no way reflect any CAMRGB stance on anything beer related.
Or something.
Anyhow, here goes. 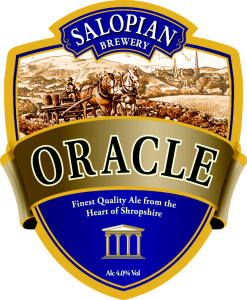 Best UK Cask Beer 2013 & Best UK Keg Beer 2013
You may or may not believe this but it’s absolutely the truth.
I don’t check whether a beer I buy comes out of a cask or a keg and I certainly don’t judge a beer using that criteria.
For example, I have no idea which of the beers I drank during the CAMRGB Bristol Twissup were kept in casks and which ones were in kegs.
That said, sometimes it can be obvious.
My favourite pub, The Wrekin Tap, is a Real Ale pub with a Belgian bottle bar on the side and as such the beer has to be in a cask.
But by the same token, as I wandered between cask and keg bars at Birmingham Cubed this summer I didn’t make any notes as to where each of the beers I drank came from.
What I can tell you for certain is that the best beer I bought over a pub’s bar in 2013 was Salopian’s Oracle.
Maybe not the most exciting beer – Wild Beer’s Schnoodlepip probably takes that title – but it was the most consistently good to drink throughout the twelve months. 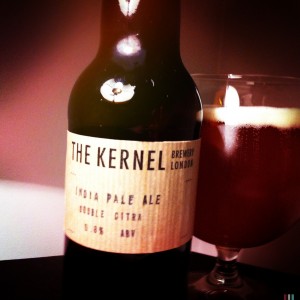 Best UK Bottled or Canned Beer 2013
Most of the beer I drink is bottled.
This is mainly a result of living in a small village with two rubbish pubs and no public transport after 6pm.
And while I’m thinking about it, I’ve only had one British canned beer this year and it was Adnams’ Ghost Ship and it was pretty uninspiring.
So what do I choose as the UK bottled beer of the year?
Most Giles Brewery beers have been superb, but then so have most of the Weird Beard bottles, and as usual Art Brew have made me happy more often than not.
I think on balance, I concur with the people who voted for the CAMRGB Beer Of The Year Award, and so my choice is The Kernel’s Double Citra. 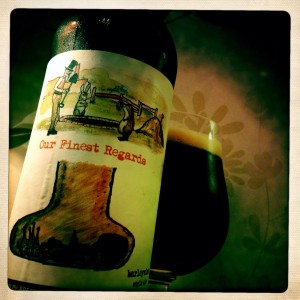 Best Overseas Bottled or Canned Beer 2013
I tried a few canned beers throughout the year, some from Maui Brewing, and Ska Brewing, but my favourite is easy and if you know me at all you’ll know what I’m going to say.
My favourite overseas canned beer of 2013 is Sierra Nevada’s Torpedo.
My favourite bottled overseas beer is a little bit more tricky.
I drink Torpedo in a bottle at least three times a week and it’s such an amazing beer to be able to get in my local supermarket.
But I’ve had some wonderful beer from Mikkeller and from Rogue and Bear Republic.
Actually, my favourite international bottled beer for 2013 is Pretty Things’ Our Finest Regards.

Best Collaboration Beer 2013
The Northern Monk and Weird Beard Bad Habit was good.
It was very good.
The Arbor Ales and Art Brew Down Deeperest was mental.
But my winner, like so many others is Wild Beer/Burning Sky/Good George’s Schnoodlepip.

Best Overall Beer 2013
Now this one is tricky.
My heart says Salopian’s Kashmir or Black Ops, but my head says Schnoodlepip.
But what about Art Brew‘s ridiculous Anarchist Party Bitter?
Or The Kernel‘s Table Beer or Double Citra?
I’m going with my heart, Salopian’s Kashmir. 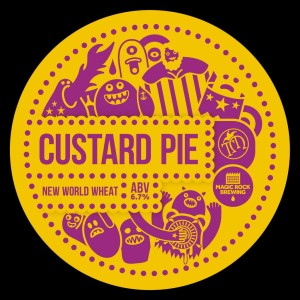 Best Branding/Pump Clip or Label 2013
I could be really partizan here and blow my own trumpet and shout out Art Brew’s Snergi Bergessen or Arbor Ale’s Down Deeperest.
Or I could choose Partizan, whose branding I love for it’s quirky 50’s beauty.
Weird Beard beers always look playfully great too.
In fact 2013 has seen a real rise in breweries taking extra pride in the way they present themselves.
But for me, no one in the UK has yet to match the superb labelling and branding of Magic Rock Brewing Co., and so their Custard Pie pump clip gets this award, and it’s a beer I’ve not even tried!

Best UK Brewery 2013
Easy, it’s The Kernel
That said Salopian are really getting good, and Beavertown – they’re Kvass aside – are great too.
But for shear weight of quality product, The Kernel beat everyone else hands down.

Best Overseas Brewery 2013
I have no idea.
I really don’t.
So many, like Italy’s Birrificio Lambrate, or Mikkeller, have provided me with evenings full of good beer.
I might just have to go with Sierra Nevada as they’ve given me Torpedo almost constantly, and their Hoptimum was super too.

Best New Brewery 2013
This year I’ve been blown away by the following.
Weird Beard Brew Co.
The Wild Beer Brewing Co.
Partizan Brewing
Bad Seed Brewing Co.
And quite a few others.
But my favourite of them all has been First Chop Brewing Arm for their overall beery goodness coupled with lovely branding. 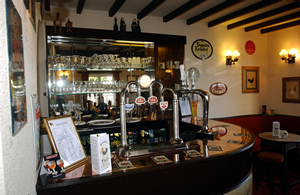 Pub/Bar Of The Year 2013
It’s my favourite pub in the whole world.
It’s less than a hundred yards from my mum’s front door and is the place I visit whenever I can.
The staff are great, the atmosphere is homely and friendly and the beer is kept superbly well.
My pub of the year is The Wrekin Tap at The Cock Hotel, Wellington, Shropshire. 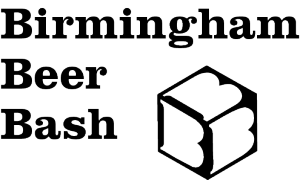 Beer Festival 2013
There can only be one winner and that is Birmingham Cubed, The Birmingham Beer Bash.
Brilliantly dreamed up and executed, it was an exceptionally good day of beer and laughter and food and friendship.
And if they do it again in 2014 it’ll be in the running for the next Golden Pints Awards too.

Supermarket Of The Year 2013
Easy peasy lemon squeezy.
Waitrose is head and shoulders above the rest for stocking an interesting range of beer.

Independent Retailer Of The Year 2013
There are a couple of brothers in Birmingham who are devoted to beer.
Their shop is a mini Mecca of beer exploration.
They know their stuff, they try and charge realistic prices and they have given their shop the atmosphere of an old record store – You go in, you browse, you know what you wnat but you pick up five other things too.
My winner, hands down, is Cotteridge Wines.

Online Retailer Of The Year 2013
Am I allowed to have a tie for first place?
I hope so as that\s what I’m going to do.
I use two main online retailers for slightly different things.
One provides me with my every day beer, good quality, easy to drink British beer, and the other provides me with a mix of British and overseas delights.
So the joint winners are Best Of British Beer and The Beer Hawk.

Best Beer Book 2013
I haven’t bought any new ones.
In fact this year is the first time I’ve ever owned a beer book at all.
To be honest I don’t find them that interesting.

Best Beer Blog or Website 2013
Is it bad form to say that I don’t read them?
That’s the truth of the matter though.
I don’t know where people find the time to read everything that’s being blogged and published.
I struggle to maintain the CAMRGB site, feed the children and hold down a day job without trying to fit in reading what other people have to say about stuff.
Now and again I read an article if there’s a link to it on Twitter or someone emails me to ask if I’ve seen something.
And more often than not it’s something from Boak & Bailey, so they win by default. 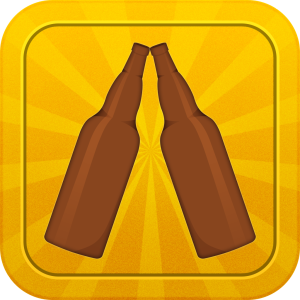 Best Beer App
I use Untappd to register my drinks.
It does exactly what I want it to.
So they win.

Simon Johnson Award for Best Beer Twitterer 2013
Surely that’s me!??!
Actually I could choose a whole raft of people to win this particular category, but if I have to pick just one it would be Justin Mason (@1970sBOY).

Best Podcast 2013
I only listen to one podcast and it’s Alan Davies’ Arsenal one which doesn’t count.

Food And Beer Pairing of the Year 2013
I like Frazzles with a Double IPA.

One Response to Golden Pint Awards 2013