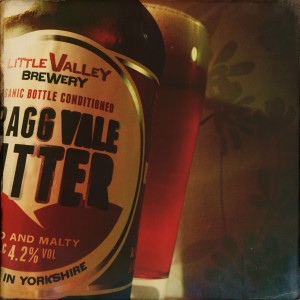 Finally a Little Valley beer I can say I like and be positive about.
Cragg Valley Bitter has a lovely tamarind bitterness lurking underneath its crunchy biscuit malts, its gooey toffee and its glug of bruised apple juice.
There’s blackberry leaves and dandelions from the hops, dry, bitter and surrounded by pithy lemon skins, they lead into a long crisp finish.
But for me it’s the tamarind aftertaste that lifts this beer above merely being the sum of its parts.