Posted on February 1, 2014 by Simon Williams 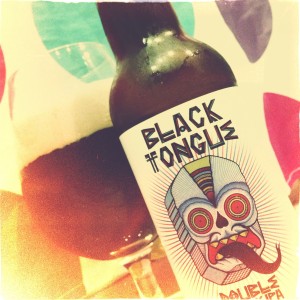 Up until now I’ve not been a big fan of the beer I’ve tried from Signature Brew, but this is really very good indeed.
Black Tongue is a Double Black IPA brewed in collaboration with Mastodon.
It pours an inky black with a big fat head and smells rum and raisins and Parma Violets.
The malts are treacle thick, full of biscuits, black pepper and tamarind, and the hops are sharp lemon pips, crunchy leaf litter and bitter hedgerow greenery, while the finish is long and crisp and beautifully boozy.