Posted on February 3, 2014 by Simon Williams 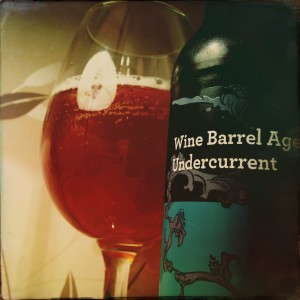 Aged in Chardonnay barrels and inoculated with Brettanomyces, this is a tingly, tangy tongue scouring blast of a beer.
The aroma is white wine, straw and apricots and the flavour is a woody, herbal, gooseberry sharpness.
It’s very nice but I have to disagree with the label that the Brett adds complexity.
What it actually does is mask any depth form the malts and hops, even the dry hopped Simcoe added at the end of maturation only just manage to prod at you with a little lemon and grapefruit in the finish as they’re made bitter and nearly-sour by the yeast.
All that said, I really do like this, though many people may not.