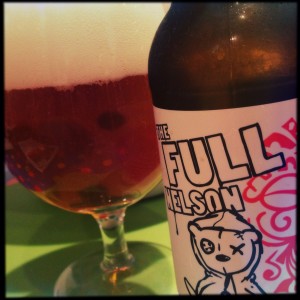 Isn’t Nelson Sauvin a weird hop?
Really white winey.
Gooseberries and green grapes.
Both smell and taste.
Here it’s presented on a good soft malt base, runny toffee and shortcake biscuits, white pepper and a pinch of salt.
It makes a good platform on which the Nelson Sauvin does its thing.
And that’s about that.
There’s not a lot else to say really.
This is a very nice little Pale Ale that tastes very much like a half decent New Zealand Sauvignon Blanc.