All Tied Up: An Interview With Tony Leonard, The Snowdrop Inn

Interview: Tony Leonard, landlord of the Snowdrop Inn, Lewes, on why all beer lovers should care about the beer tie. 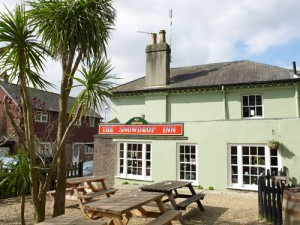 The issue of beer tie reform has animated CAMRA for some time, but rarely sets craft hearts racing. Sure, the beer tie means that vast swathes of Britain’s pubs are effectively trapped in the 1990s as far as good beer is concerned. “Tied” landlords must buy beer through their parent brewery or pubco rather than on the open market, drastically limiting choice for punters. CAMRA says a “mandatory free of tie option” for tied landlords would fix the problem, while breweries such as Shepherd Neame claim it would put them out of business.

The obvious solution for beer lovers, however, is just to avoid tied pubs. In 2014, great beer is not exactly hard to come by: Londoners are never more than six feet away from a new nanobrewery, craft beer free houses are flourishing in many towns and cities, and even the most rural beer fans are reasonably well-served by bottle shops and mail order firms. Is the beer tie really “our” problem?

Yes, says Tony Leonard, one of Britain’s most successful landlords. Nursing a coffee in his free house, the Snowdrop Inn in Lewes (he had attended Craft Beer Rising the previous night), Tony outlines why anyone who cares about Britain’s booming beer scene should care about beer tie reform.

#1: New breweries desperately need more distribution channels
“Unless the market is freed up, the brewery scene will start imploding,” Tony warns. “There’s been a huge explosion in breweries in this country. Some are amazing, some are good, some are really bad to be honest and you’d expect them to disappear, as is the case in any market. But I think we are now approaching the stage where there is a serious bubble.”

The beer tie is preventing much-needed new distribution channels opening up for microbreweries, he argues:

“Free houses like us try to support new breweries, but we can only have so much on the bar. Also, if you’re in London, Leeds or York, there is a whole range of independent craft beer pubs. But in most of the country there aren’t, and tied houses dominate.”

With excellent microbreweries such as Art Brew recently mothballing production, it might be time to ask whether the bubble is in fact a bottleneck. Could tied houses play a role in keeping good beer sustainable? 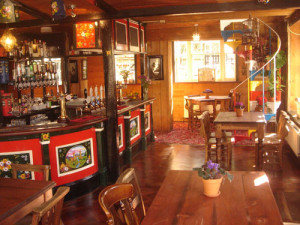 Tony has experienced the frustrations of the beer tie as a tenanted landlord. Along with his partner Dominic McCartan, Tony turned a quiet back street boozer (the Hop Poles in Brighton) into Greene King’s most successful pub per square foot, before publicly falling out with Greene King when their success was rewarded with a near trebling of the rent. The pair severed ties with the brewery in 2012, giving up the Hop Poles and the Eagle (another Brighton pub) to focus on the Snowdrop Inn, a free house in Lewes they had bought in 2009.

He explains that tenanted landlords of most brewery-owned pubs must fight for the right to even sell guest ales – and even then, they have to buy them through their parent brewery rather than directly from local microbreweries, often at a steep mark-up. He remembers paying Greene King £129 for a nine-gallon barrel of Dark Star’s Hophead, compared to £65 direct from the brewery.

Non-brewery pubcos such as Punch or Enterprise allow their tenanted landlords to buy from a Society of Independent Brewers (SIBA) list, but problems with mark-ups remain. And the value of this arrangement for brewers is ambiguous, says Tony:

“The pubcos tell the brewers what they’ll pay them. The brewers can’t do seasonal beers, they can’t chop and change, and they can be delisted at any time. The brewers who are in that list, you would think it would be in their interest for the tie to be stopped. But they’ve generally been quite quiet about it – they are holding on to what they are getting.”

All of these factors form barriers between great brewers and potential customers. And it’s not that the major breweries and pubcos don’t realize that people want more choice. In fact, they are jumping squarely on the craft bandwagon in the branded and franchised pubs they manage directly, offering a much wider range of beers than they would ever allow in their tenanted pubs.

In fairness, Greene King has promoted its “Local Hero” deal for tenanted landlords since 2011, which allows for 50% of a pub’s pumps to offer guest ales. Greene King claims increased sales from this initiative, but Tony argues that the numbers don’t stack up for publicans, noting that the landlords of the pilot “Local Hero” pub, the Waggon and Horses in Braintree, ended up walking away from the deal.

#3: Tied pubs don’t have to be rubbish 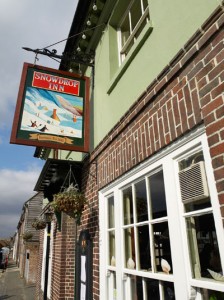 It’s not that the beer tie is intrinsically evil. In theory, says Tony, “the buying power of large pubcos should work for their licensees, they should be able to supply these products at a very good wholesale price and still make a hefty profit for themselves.”

Indeed, some of the newer pub-owning breweries, such as Dark Star, are responding to consumer demand by offering their tenanted and managed landlords much greater leeway to stock other beers.

“Matt and Karen who manage the Evening Star in Brighton buy their beer through Dark Star and obviously stock it, but they’re actually free to buy beer from anywhere else as well,” says Tony. “And it’s the leading beer house in Brighton in terms of range and quality.”

Smaller pub-owning brewers also tend to swap their beer with other breweries, allowing them to increase their share of the wholesale market while bringing in far more variety to their own pubs. They can even reduce transport costs by pinging the same barrels back and forth, refilling them with their own brew once they’ve sold all of their swap partner’s.

As well as brewery-owned estates, multiple operators such as Antic are responding to consumer trends by ensuring a decent, ever-changing selection of beers.

“I think it’s the smaller multiple operators who are doing the interesting things,” says Tony. “You can almost split between people who in their hearts are licensees and love pubs, and those who see themselves as entrepreneurs, and the pub itself is a means to an end.”

#4: Losing great landlords is not good for beer
The restrictive provisions of the beer tie are also forcing talented landlords out of the trade, says Tony – which can only be bad for the beer world as a whole.

Now, it’s been questioned on these very pages whether it really is “better down the pub”. The tsunami of online beer writing allows us to self-educate rather than relying on the local landlord to turn us onto the latest beer trends. But even the most anti-social beer lover would probably accept that microbreweries cannot live on bottles and tweets alone: passionate and knowledgeable landlords are often crucial frontline advocates for new and brilliant beers. Put them under unbearable financial pressure, stop them from dealing in great beer and they will leave the industry, hurting everyone.

“Where you have that constant churn, it results in a lowering in the standard of pubs,” says Tony. “A lot of the pubs start out with a big refurb, they look lovely and the manager is really enthusiastic – and they get eaten up and spat out. It’s bad for the trade because we are losing a hell of a lot of talent. Trying to get a decent pint of Harvey’s in Brighton is nearly impossible.”

Tied pubs are not the only ones that often screw landlords, of course – behind the charming mismatched lampshades of many small multiple operators can lie some fairly exploitative arrangements that cause similar levels of burnout, Tony claims (“I think it’s the next scandal brewing to be honest”). But untying landlords’ hands through beer tie reform could be a huge step towards keeping people who really care about beer behind the bar – not just in fashionable urban districts, but throughout the country.

Conclusion: it’s “our” problem, so have a think
Beer tie reform is just one part of a wider pubco reform agenda slowly working its way through Parliament, and I won’t pretend that the above represents an exhaustive analysis of all the possible implications. The objections to reform made by established interests may be predictable, but that doesn’t automatically make them invalid.

What we can conclude, though, is that the beer tie affects us even if we personally steer clear of tied pubs. While it might be inappropriate for CAMRGB to take a unified stance on pubco reform, it might not be a bad idea for CAMRGB members to educate themselves about the issue and take action accordingly.

2 Responses to All Tied Up: An Interview With Tony Leonard, The Snowdrop Inn