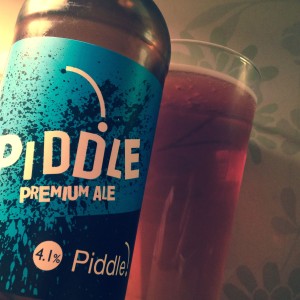 Honey and hay, burned sugar and straw, Piddle’s Premium Ale isn’t earth moving but it’s a decent beer to accompany you on an evening with friends.
It’s not a beer that stops you in your tracks and makes you pay attention, instead it’s a beer that’s satisfying in its simplicity.
The malts are biscuits and toffee and black pepper and the hops are grass clippings, lemon zest and chamomile tea.
Everything is comfortable, familiar and unchallenging in the most satisfying way.
And sometimes that’s all that you need.