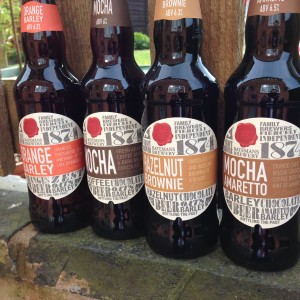 Here we go again.
Another big brewer struggling to get on the already cramped bandwagon that is modern “Craft” beer and not really getting it right because they seem to not really get it.
Turning tricks, rebranding and adding marketeers’ words like bohemian to your bottles and pump clips does not make you a modern cutting edge brewery.
Striving to make exceptional beer is the main thing to concentrate on.
Weird and wonderful recipes with lots of added ingredients should be, and with most of our really good new breweries usually are, a slight aside.
Take Arbor Ales’ Freestyle Fridays as a model.
Spend most of your time ensuring you have super regular beer in your range and then once in a while do something ridiculous just to see what happens.
Throwing out four ludicrous beers into the marketplace all in one go is rather crass, stinks of desperation to grab some “craft” dollar, and can only work if the beers you release are exceptional.
And these aren’t anywhere near. 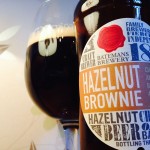 Sickly sweet and with a weird chemical tinge to its aroma, on the surface this beer does what it threatens to on its label.
It tastes like a chocolate fudge hazelnut brownie.
But after the initial hit, which comes more from the aroma than the flavour, there’s nothing but a cloying sickly sweet glob of sticky liquid that bears no resemblance to beer.
It’s like some weird Stout/Alcopop hybrid and it’s very bad indeed. 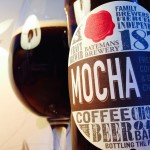 Mocha (6%)
The coffee is where exactly?
There are a lot of very good beers made with coffee out there but this isn’t one of them.
Mainly due to the fact that there’s an awful lot of chocolate in here, it’s sweet and sickly and sweet.
And did I say it was sickly?
You get a little bit of alcohol burn and then this big chocolatey beast pummels you into submission and doesn’t allow any beer flavours to show themselves.
Bad. 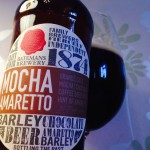 What new horror is this?
Yet another sticky sickly sweet mess.
The Amaretto smells quite nice, with hints of almond and vanilla biscuit, but as soon as you take a swig you find a glass full of “really bad idea”.
Overly flavoured to the point of tasting like a bottle full of synthetic flavourings, I can find nothing positive to say.
Nothing positive at all. 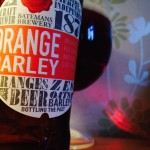 Orange Barley (6.2%)
Tastes like washing up liquid, feels soapy and smells like a cheap shower gel.
There’s no balance here, no subtlety.
Where other brewers have carefully used oranges to add a piquant citrus zing to the background of their beer, here you feel like you’ve accidentally taken a swig of undiluted cordial.
And there’s a nasty chemical burn that singes the roof of your mouth.
Deeply unpleasant.

One Response to Batemans’ Bohemian Brews