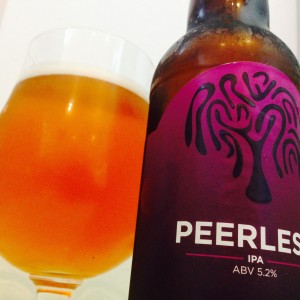 With the lightest of fruity aromas, this isn’t anywhere near as great as I hoped and wanted it to be.
Don’t get me wrong, Peerless is a perfectly decent, and a better-than-many, beer.
But it’s got nowhere near the big body or punchy hops I was expecting in a Redwillow IPA.
The malts are soft and squidgy, toffee and wholemeal bread, and the hops – All English here, with Goldings, Challenger and First Gold – are brittle and reasonably bitter, with a lemon zest zing, but everything’s a bit one dimensional.
Oh, what am I saying?
This is much better than alright, I’m just being too picky.