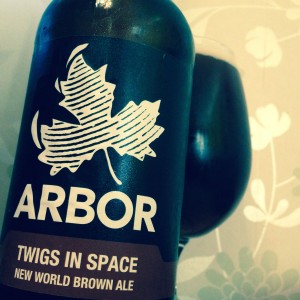 This is a funny old beer, originally brewed as one of Arbor’s Freestyle Friday experiments.
It’s a nutty Brown Ale that’s packed with American and New Zealand hops and I’m not convinced that it works.
That said, any beer brewed by Arbor is generally better than most.
But this feels like two beers to me.
There’s a very good sweet nut and treacle aroma and a Brown Ale malt full of hazelnuts and toffee apples, chocolate and woodpiles.
And there’s a heavily hopped Pale Ale with lots of lemon and kiwi and sherbet zing.
And the two feel completely at odds in my glass, working against, instead of complimenting each other.