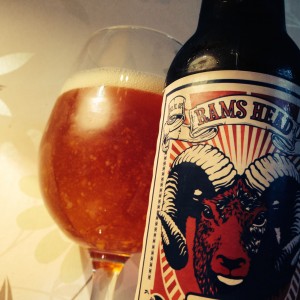 This is nowhere near as good as I hoped it would be.
And yes, you can tell from the photograph that I poured it badly, but still I’d go so far as to say that this isn’t very good at all.
Everything’s very lemony.
Lemony in aroma and lemony everywhere else.
And it’s a killer, seeing off all the other flavours that may or may not be going on in here.
It slashes at your tongue, which in itself isn’t a bad thing, but when it’s all there is it just becomes too much.
One dimensional.
And the more I drink the more unpleasant it becomes.