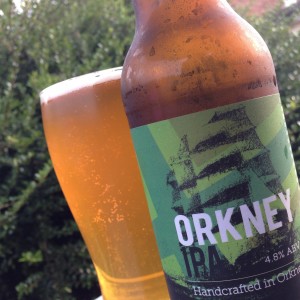 Not the worst beer in the world, Orkney IPA is drinkable if completely unremarkable.
So unremarkable that it’s almost impossible to remark on it.
A grassy aroma and some biscuit and honey malts, hedgerow, lemon and tobacco.