Posted on September 8, 2014 by Simon Williams 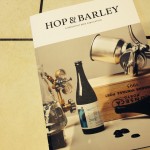 There’s a new beer magazine on the block, and it’s pretty good.
I got a copy of the first issue of Hop & Barley Magazine through my door a week or so ago and was immediately struck by its class.
Beginning as an idea between three friends, a Kickstarter Campaign saw the magazine become reality.
Hop & Barley is published on high quality card stock and properly bound – none of your boring old staples for this magazine. 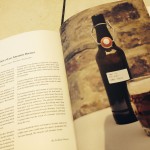 Mixing interviews, recipes and journals, and with decent editorial and a layout that is very good to look at, this is almost a coffee table book rather than a magazine, but a magazine it is, and if the quality of design and content can be kept up, Hop & Barley will become a must buy for all the beer geeks out there.

Founder of CAMRGB. Member of The British Guild Of Beer Writers. Leftist bigmouth. Old and grumpy.
View all posts by Simon Williams →
This entry was posted in Beer Review, CAMRGB and tagged Beer Magazine, Kickstarter. Bookmark the permalink.